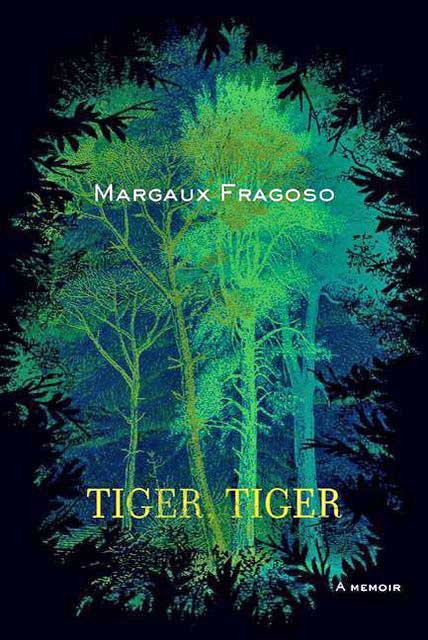 There are some things seven-year-old girls are not meant to see, but tragically Margaux Fragoso did not escape that fate.

When she was seven, Fragoso met 51-year-old Peter Curran, a pedophile, and for the next 15 years they had a hidden, violent and sexually abusive relationship.

Fragoso’s book, Tiger, Tiger is being likened to a “reverse, true-life Lolita,” told from the perspective of Dolores Haze’s character.

(Fragoso chose a tiger as her alter-animal, a role she could disappear into completely as she tried to cope with her traumatization. Back home, unable to sleep, she would try leaping off the stairs onto her hands and knees, trying to land soundlessly, like a cat.)

Fragoso was the perfect victim – with a drunken father and a mentally-ill mother, she became an easy target for a man who unknown to her had a conviction for a sexual assault against a minor.

The book also shared Fragoso’s disturbing discovery about the perverted power she had over this older man while she realized how impossible it was to wean off this illicit relationship.

Fragoso explains, in the afterword, her motives for doing the book. They are both therapeutic and public-spirited: She has written to inform the world how pedophiles operate and how they think, so that they might be preempted by parents and the authorities before they can do harm. She has written to help herself to heal. She is married, with a daughter, though the details of exactly how she broke the cycle of madness and abuse are left (I suspect) for a sequel, the book is still a riveting, if difficult read. But something in Fragoso’s flights of wild lyricism resists the therapeutic motive. A pedophile creates a “fantastic kind of reality” that can feel “like a drug high,” she writes. “And when it’s over, for people who’ve been through this, it’s like coming off heroin, and for years, they can’t stop chasing the ghost of how it felt … It’s like the earth is scorched and the grass won’t grow back. And the ground looks black and barren, but inside it’s still burning.”

In 2001, when he was 66, Curran killed himself by jumping off a cliff. Fragoso was 22. I hope she continues to heal. She certainly deserves kudos for being brave enough to write this most difficult book.

Fragoso has just completed her PhD at Binghampton University in New York.