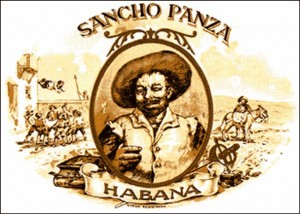 When I was in Havana recently I bought myself two boxes of the very rare Sancho Panza Sanchos.

Another best kept secret out of Cuba would be the factory that makes them – the José Manuel Seguí factory in Güira de Melena, south of Havana.

My Cuban trip confirmed my suspicion that cigars of all brands are made in a handful of factories, and not one brand per factory. Even the Partagas and the Hupmann factories make all kinds of brands. I’ve seen that with my own eyes. The only exception appears to be that obscure factory in Pinar del Rio; it makes only Trinidad cigars.

But the José Manuel Seguí factory? That’s something else!

It is very much under the radar and the best limited runs of recent years have all been made there – the Juan López Maximo made for Switzerland in 2008, the short torpedo made in the same year for the Caribbean; the Juan López Seleccion No 3 and No 4 made in 2010 for Benelux and Asia respectively; and the Fonseca No 4; also sold in the Low Countries.

Remember the José Manuel Seguí factory – certainly a name to watch out for.