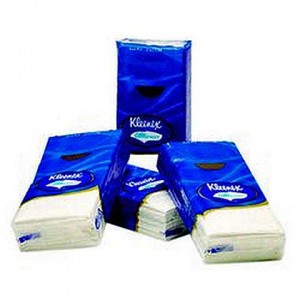 These are weapons of mass obstruction.

These are packs of pocket tissues Singaporeans use to “chope” or “reserve” seats at hawker centers and food courts.

I was at CYC Republic Plaza the other day and since it was lunchtime I decided to go to Market Street hawker center a stone’s throw away for a quick bite.

So there I was precariously carrying a tray with a piping hot bowl of my favorite curry chicken noodles plus a drink and a cup of ice while my other hand was holding a bag of my newly tailored shirts from CYC (plus a laptop bag on my shoulder) but I couldn’t find a bloody seat anywhere! Moreover, the greasy, wet floor at the hawker center only added to my anxiety.

Not that there were no tables, mind you.

You see, empty tables were left empty – nobody would sit at these tables because each seat had a pack of tissues on it. This means each seat has been “choped” or “reserved” while those retards who placed the packs of tissues there were at the stalls buying their food!

I think it’s time we stop this disgusting habit. If a group of people intend to occupy a table, one of them should sit at the table while the others in the group go get their food, this way at least there’s one person left behind to politely tell people like me that the table is taken. But no, what happens here is a group of people would head out for lunch, look for an empty table and place packs of tissues on each seat at that table. This signals that that particular table is “out of bounds” to the rest of the world.

What’s worse, often the group does not need every single seat at the table! Some women even had the luxury – or should I say “audacity”? – to place their fancy handbags on these prized spare seats!

This is not the way it’s done in other countries – in very populated Hong Kong for example, it is common for complete strangers to share tables and carve for themselves their little private space for a quick meal. I mean, everyone is out for a quick meal and they know how to co-exist and share space.

If our lunch crowd wants exclusivity and ambiance, maybe they should eat at Les Amis or Daniel Boulud’s instead of hogging tables like that.

All I needed was a seat to wolf down my noodles – all I needed was 10 minutes max for a quick lunch but selfish Singaporeans at hawker centers and food courts won’t even allow me to do that.

Some may argue that this is the way things are done here, that it’s part of the Singaporean culture. Culture? My ass! Apparently Changi Airport even has a sign warning foreigners of this culture. Culture? Culture my ass indeed! Certainly that’s one part of our culture we don’t need because it totally eliminates the need for sharing and for courtesy.

This frigging island is becoming increasingly crowded, but surely this is no reason to further such selfish and uncouth behavior.

Let’s learn from places that are even more densely populated than our little island – at least the people there are not so uncaring and selfish as to protectively guard public spaces and claim them as their own, denying these places to those who really need them.

The next time I see a pack of tissue on a seat at a hawker center or food court, I’m gonna “act blur” and behave as if I have no idea what that’s all about and throw it away and plonk myself down and stuff my fat face.

Want to yank me off my seat?

Go ahead, make my day, motherfuckers!