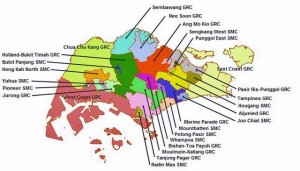 It’ll be interesting to watch how the 200,000 young people voting for the first time (about 8.7 of the total) cast their ballot papers today.

Many of these Internet-savvy young people – Gen Y – are “members” of a digital sub-community who have been very vehement and vociferous in their online criticism of the ruling party. (Singapore’s Internet penetration is more than 75 %. Three million people in Singapore have Facebook accounts, making this country of five million one of Facebook’s biggest users. There are about 100,000 users of Twitter here.)

The collective voices from this sub-culture have contributed to the rattling of the PAP and touched many raw nerves.

Many are calling this an unprecedented electoral battle of epic proportions, thanks to this generation of youngsters.

Lee Kuan Yew disparagingly referred to them as “the footloose generation.”

Today, we’ll see if this so-called “footloose generation” has what it takes to deliver some flying kicks powerful enough to create some dents in the PAP’s overestimation of its own cleverness, thereby forcing it to dismount from its high horse, hopefully a wee bit humbler.

Will a new world order be erected today? (The title of today’s post is not a misspelling.)

How you vote will test your true mettle.