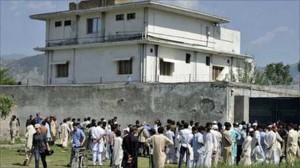 That towelhead sisterfucker who commandeered two planes to fly into New York City’s World Trade Center in 2001, lived for several years with no less than three wives in luxurious comfort in a huge multi-million-dollar mansion that sticks out like a sore thumb amidst the squalor – and not in a cave as he wanted his supporters to believe – and situated only about a kilometer southwest of the Pakistan Military Academy in Bilal Town, a suburb of Abbottabad and just a couple of hours from Islamabad, the Pakistani capital, and the Pakistani government claims it doesn’t know anything about it.

These Paki retards don’t even know how to lie properly.

They must have gone to the same school as those buffoons who run Myanmar.