Almost Vomited Blood but All is Cool Now 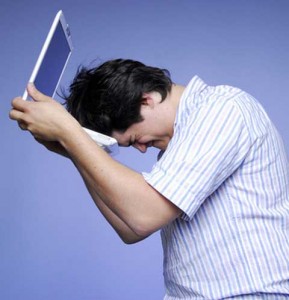 As I was walking towards SQ 958 to Jakarta on May 2, I received a text message from my sis informing me that He-Who-Must-Not-Be-Named had just been killed by US forces. Then I received a tip from someone who’s a bit of an authority on terrorism that this may result in some repercussions in Jakarta and to be vigilant in case protests erupt. At about the same time, my wife phoned asking me if I could cancel my trip. By then I was already in my seat and belted up, ready for the take off.

When I landed, a text message from Mauro arrived, advising caution. (Throughout my stay in Jakarta last week, Mauro must have messaged me no less than 10 times, enquiring about my safety and offering advice. At times like these, you know who your friends are.)

Anyway, not long after arriving in the Indonesian capital, I received a travel advisory from my company’s security advisors. I shared some of the information with a very dear friend, a very learned man – someone for whom I have the utmost respect.

I shared the information with him because he travels to Jakarta very often as well.

As a matter of fact he was even contemplating moving his family there temporarily.

Appended below is the email exchange on our mobile devices that followed:

The Learned One: So far so good, in Jakarta? No problem right? One day I will set up a company like [my company’s security advisors]. Should be very profitable.

Me: Sure if you think it’s that easy to have intelligence in-situ, on-the-ground (with some operatives who are probably former CIA, MI6 and Mossad officers, etc) and 34 offices in 5 continents.

The Learned One: Former MI6 or CIA or MI10 etc. Are their information always reliable? Almost 10 years to nail Osama, is that impressive?

Me: Well they got him haven’t they? Can anyone else do better than that and have they? Did I say CIA, MI6 is impressive? I was merely responding to your comment about setting up a similar organization and my point is anyone can make flippant comments but can just anyone gather all these ex intelligence pros, gain their respect, plant them in-situ, and gather information for the rest of us perched in the safety of our condos?

The Learned One: Flippant means “frivolously disrespectful” – so you are implying that just because I did not credit MI6 and CIA, I am disrespectful to them? Hahaha that’s funny! So what’s the big deal about setting up such private safety companies? They are just so-called safety consultants. If they are so dedicated to world peace and safety, they would remain in the agency and draw civil servant salary. Condo security? Not too sure about that. Because my condo’s security does not provide ANY security at all. They are only night watch personnel, to relieve the daytime condo manager. I believe the same situation with many condos in Singapore these days.

At this point I exploded. I lost my cool. I got upset. It could be due to the weather, the tension, the heatwave, the fact that I was multi-tasking, doing a thousand things at the same time, and was in between meetings, blah, blah, blah and also perhaps I had expected my buddy to be on the same “wavelength” as me, so in anger, I shot this reply to him:

“In good faith I forwarded you excerpts from a travel advisory on Jakarta because you go there often; I just wasn’t prepared for the way you responded. Frankly I have no time for such debates. If you don’t appreciate people’s concerns for you I know when and how to shut up and will not be emailing you such warnings from now on.”

Don’t get me wrong. I love The Learned One to death. He’s a pretty decent guy. I’m just befuddled by the turn the email conversation has taken. I was troubled by the incident for an entire week. I felt I should not have vented my anger on a dear friend. Good friends are hard to find. One can’t have enough of good friends these days. I treasure our friendship and cherish the time we spent together and recall with fondness our conversations and our fellowship. I hated myself for the way I responded to him and I can offer no excuse whatsoever for behaving in such a manner.

So about a week later, I plucked up enough courage to talk with The Learned One.

I am pleased to say that I apologized, we talked it out, we laughed over this silly episode and we are still the best of friends.

During my stay I was to receive several more pieces of advice. I even received a phone call providing me with specific instructions on the precautions to take while inside my hotel room. I received an advisory warning me ahead of time that hundreds of supporters of the hardline Islamic Defenders’ Front was planning to hold a prayer service at 7pm on May 4 the Tanah Abang area of Jakarta.

Finally I received an advisory informing me that protests would follow Friday prayers on May 6.

When I was in Jakarta last week, the situation was very tense.

The foreigners were especially wary.

All those information helped us take the necessary precautions when moving about in Jakarta.

And text messages from loved ones helped maintain our sanity.