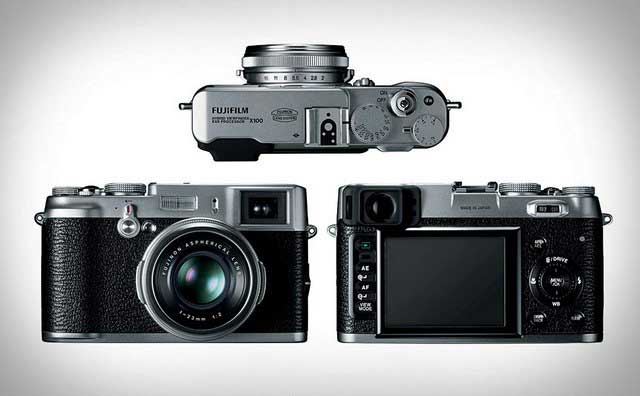 The Fujifilm FinePix X100 is modeled after old rangefinder cameras popular in the 1970s. Its retro styling brings about a sense of nostalgia for older shutterbugs like me. It reminds me of the Leica X1 I own. Many reviewers say that it produces some of the best pictures ever produced by any camera and is a camera that is very hard to get because production was halted for a while after the recent earthquake.

Even under normal circumstances, the camera’s price tag is hefty – it is more costly than a Nikon D7000.

The FinePix X100 is a compact camera with an SLR-size APS-C sensor and traditional analogue control dials that hides ground-breaking technology inside a retro-styled body.