There You Go Again 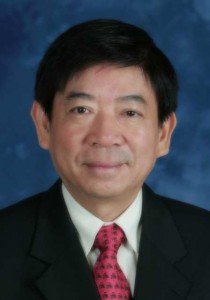 On May 29, Khaw Boon Wan told a group of young people attending a youth forum held at Woodlands Community Club:

“We thought taking foreigners in was important to bring wages to people’s pockets, so that we can grow as fast as we can…and catch up with other countries. But now, we get the message that ‘we don’t want so much growth, that we are prepared to accept slower growth.’”

He then issued a veiled threat that the starting pay of young Singaporeans may decrease as a result of Singaporeans’ “request” for “slower growth”:

“It actually affects the youth immediately, because when you slow down growth, it means that job opportunities also come down and starting pay also comes down.”

Come on, where the fuck that Khaw hear that from? When did Singaporeans request for slower growth?

Like many of his colleagues in the cabinet, Khaw seriously needs to acquire some listening skills.

According to a Wall Street Journal editorial in January 2010, the inflow of foreigners has depressed the wages of ordinary Singaporeans, increased the cost of living, especially that of public housing and led to an overall decline in the standards of living.

Very clearly, the PAP’s head is still like that of ostriches – buried deep inside the sand.

And be careful of the likes of Khaw, this smiling tiger is no simpleton.

And don’t be fooled by Lui Tuck Yew and his traveling by public transport. The fact that it made headlines in the “lamestream” media should make us skeptical.

And as for that retard who was reported by the press as saying “Hurray, Mr Lui Tuck Yew is so down to earth. At least he did both bus and MRT. He’s one of us!”, he deserves to be treated like a doormat by the PAP.

In case you are still naive, despite all that sackcloth and ashes act, it’s looks like it’s already business as usual for the PAP.

Didn’t they just announce a bonus for civil servants huh?