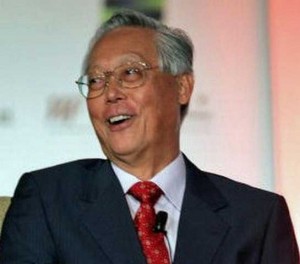 Banks and insurance companies attempting to use plain English in their contracts instead of “legalese” should be applauded.

The same, unfortunately, cannot be said of business-speak or BS.

Example: “What are your plans moving forward? I have a sense you may not have an exit strategy to disengage with those stakeholders who are now empowered by actionable key learnings and who are causing a major scope creep in your bandwidth, affecting your final deliverables; best to pre prepare by executing some forward planning while thinking out of the box. ”

Not long ago, I saw PUB CEO Khoo Teng Chye using that phrase on TV.

Excuse me? “Going forward” is the ONLY way to go, because what is the alternative? Staying put? Going backwards?

A few years back, a scientist named Alan Sokal decided to conduct a little experiment – well, a prank, really. The basis of this experiment/prank was simple. He wrote an article full of trendy, imposing-sounding words and concepts and submitted it to a respected academic journal. The catch? The article was deliberately devoid of logic or coherency. It was, in fact, nothing more than total gibberish.

Sokal staged his prank to prove a point. He was convinced that people would give credence to absolutely any argument, no matter how nonsensical, so long as it used the right buzzwords and sounded impressive enough. His theory was right. The journal accepted and published the paper, whereupon Sokal revealed his prank, sparking a lively debate about our fondness for doublespeak and logorrhea.

Any one who has spent time in the corporate world will be particularly appreciative of Sokal’s prank,

In my profession I spend my life around the globe, listening to the endless drone of business-speak and I can’t wait to move forward to chop all the heads of every idiot who utter that meaningless phrase.

I’ve seen the best minds of business leaders rotted by business-speak, leveraged until their synergies snapped and their “paradigms”  “shifted.”

Business-speak can destroy creativity in organisations that trumpet innovation and be a smokescreen to hide a lack of genuine ideas. And it can replace straight talk with a conformity that prevents a company to act sensibly in a world in danger of spinning out of control.

For those who think that BHP Billiton is a mining company, think again. According to its website, its “purpose is to create long-term value through the discovery, development and conversion of natural resources, and the provision of innovative customer and market-focused solutions.” Nothing about mining.

Consider this memo to staff from the general manager, customer services, of Country Energy: “Processes and documentation are being developed to expedite the evaluation and prioritisation of enhancements going forward.”

Such craptalk acts as a crutch. If you can’t speak just string together some clichés and it will sound right. Those who deploy such talk must think that their ideas, suitably dressed up and sugar-coated will sound smarter and slicker than they are. But for people with no fear of sounding simple (and clear), the language they use is the language that communicates.

I’m still trying to figure that one out.

Think of Apple’s Steve Jobs, whose commencement speech at Stanford University in 2005 has become one of the most famous ever made by a business person.

“I didn’t see it then, but it turned out that getting fired from Apple was the best thing that could have ever happened to me,” he said.

“The heaviness of being successful was replaced by the lightness of being a beginner again, less sure about everything. It freed me to enter one of the most creative periods in my life.”

No business-speak there. And while many politicians have succumbed to the world of “moving forward”, US President Barack Obama handles language like a poet: lyrical and down to earth.

After the recent elections, PAP said “Let the healing begin.” Yup, but it sound phony. But coming from Obama it would sound poetic.

How can you trust someone who was responsible for putting things asunder in the first place, only to proclaim that it’s now time to heal?

Let me decide if I wish to start the healing.

Let me decide if I would rather wallow in resentment for a bit longer.