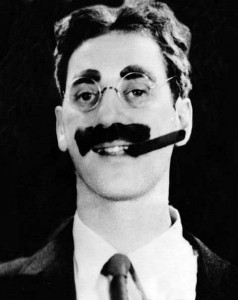 He won't belong to a club that accepts people like him.

“I don’t care to belong to a club that accepts people like me as members,” so said Groucho Marx but a lot of Singaporeans would disagree with him, especially those who “hijack” and take over some clubs and fraternal and other similar type organizations.

International organizations keen to boast of a presence in Singapore often end up being “hijacked” by characters that bring disrepute to them.

There were even instances of existing bodies contacting international organizations and seeking an affiliation. When due diligence is not diligent enough, we get the situation whereby a rather shady group of people of a particular profession becoming “recognized” as mainstream and kosher overnight.

I know of a particular association whose members are a disreputable lot but when an international organization granted this association status as its “Singapore chapter” overnight these seedy characters suddenly gain for themselves a veneer of respectability.  Truth be told – even their own mothers won’t trust them.

The problem is birds of a feather flock together, and cliques form – we even have a rather ridiculous situation where a society of cigar cognoscenti is dominated by largely illiterate used car salesmen, or a epicurean body dominated by dentists.

I am not saying that uneducated used car sales people cannot smoke cigars or dentists don’t know their assholes from their elbows but when cliques are allowed to form, they usually prevent others from getting in. Overtime these organizations will die off for the lack of fresh ideas and perspectives.

If you’ve been to a dinner with a bunch of dentists, or lawyers, for that matter, you’ll realize that most of them have zero interpersonal skills and are unable to carry a conversation with anyone outside their profession.

The Rotary Club is wise to allow only one person of any chosen profession in each chapter. There can never be two dentists in the same chapter. They are good reasons for that.

Now, what happens if you wish to belong to a very reputable organization but whose local chapter comprises of ignoramuses, poseurs, scumbags and assholes?

If at all possible join the parent organization directly – no matter where it is based overseas; if not possible, join its local chapter in a nearby country, and if that’s still not viable, heck, start your own lah.

Sometimes it’s an absolute necessity – for example if you want to focus on LKY (Lo Kai Yik, not Lee Kuan Yew), which is sold only by one stall in the whole of Singapore, you may wish to start an interest group to explore how to promote the dish and to keep it going.

There is no La Confrérie de la Lo Kai Yik based in France. Start you own Lo Kai Yik Interest Group. This time you can keep the dentists and other pretenders out. And if you are one of those who form or join such organizations because you suffer from extremely low self-esteem, you can even conduct some stupid ceremonies involving chopsticks and spoons; you can even design some ridiculous-looking capes to wear or silly medals and trinkets to hang round members’ necks and give yourself a fancy title – like Universal Duke of Lo Kai Yik Devotees.

That’ll make you feel as pompous and as puffed up as those dentists who think they are now hotshots because they belong to some fancy – basically stuff-your-face – eating club; that’ll give you as great an ego trip as those retards with an overly-inflated sense of their own importance and intelligence who have maneuvered themselves into being “canonized” by some hifalutin societies for fuddy-duddies that nobody wants to join. 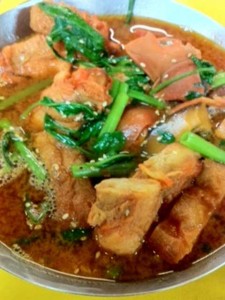 Lo Kai Yik, captured using my iPhone on May 28.