Let’s Get Our Compass Right 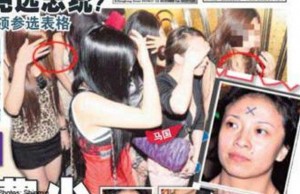 Lawyers, politicians and activists lambasted Malaysian police, accusing them of abusing their power in chaining up and marking the bodies of 30 foreign women detained for alleged prostitution

Police raided a high-end nightclub in Penang late on June 2 and arrested 29 women from China and one from Vietnam, along with eight Malaysian men.

Local media reported police officers went undercover at the club for a week before the raid.

It triggered an outcry after local newspapers carried photos of the women bound up with a long chain and marked with either a tick or an X on their chest and forehead.

“The police branded the detained women as though they are cattle,” opposition lawmaker Teresa Kok said in a statement.

“It is sickening that the police would employ such dehumanizing tactics as a show of power and moral superiority over their detainees.”

Women’s rights group Tenaganita even said the detainees had been “victimized” and called for an investigation into the police conduct.

Rights group EMPOWER said police had “publicly humiliated” the women by marking them with crosses.

Another rights group, Lawyers for Liberty, said the police action was “very unusual and inhumane” as the women were merely suspects and not convicted of any crime. “It amounts to taking away of the dignity of the suspects,” they said.

Some papers even reported that police have “cattle-branded” the women.

Police have defended their action, saying the markings served as a way to identify the women.

Penang police chief Ayub Yaakob told the press that the situation was chaotic, with the suspects trying to escape.

He said police were forced to mark the women after some donned new clothes to try and blend in with other female patrons of the club.

He also said the women had wrecked many marriages and that police had received numerous complaints from wives of men who sought their services.

Malaysian police – as far as I am concerned – have as much credibility as “referees” on wrestling shows: they are always asking for bribes and have been accused of all kinds of crimes from blowing up a Mongolian model to throwing an opposition member out of the window, to bashing up their own deputy prime minister. 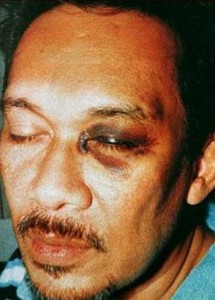 Anwar: "They think they had it bad?"

However I applaud them for taking action against prostitutes. (Yeah, yeah, yeah they may only be suspects now, but come on, we know better! If you’re naive enough to think that those women were there to sell popcorn then you are too stupid for me to insult.)

I also wish to remind loudmouths Teresa Kok of the Democratic Action Party, Aegile Fernandez of Tenaganita, Maria Chin Abdullah of EMPOWER and N Surendran of Lawyers for Liberty of the fact that we are talking about prostitutes here for Pete’s sake!

How warped can the world be?

Hookers get arrested and all kinds of retards jump to their defense!

So what are we supposed to do?

Don’t get me wrong!

I’m against brutality of any kind – police or otherwise – and I don’t believe in the public humiliation of anyone, especially those who have already humiliated themselves enough, such as prostitutes.

But show our respect for prostitutes? Uphold their dignity?

Jesus, since when is prostitution a noble profession?

Did somebody just launched a “Be Nice to Hookers” campaign or what?

So now we are all supposed to treat with kid gloves the very same scourge who wreck our marriages, who give us HIV, who corrupt our young?

Would Teresa Kok or Aegile Fernandez or Maria Chin Abdullah be happy if their husbands are frequent clients of these hookers?

Oh sorry, please forgive me, I stand corrected. I shouldn’t have used that derogatory term “hookers” – ok, we shall now refer to them as “personal services consultants.”

This, my friends, is cattle-branding: 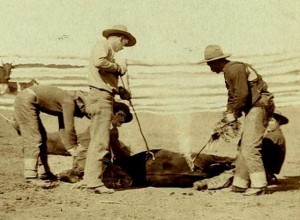 Cattle-branding - highly recommended for pimps, johns and supporters of hookers.

Aussie papers used that term a lot when reporting about this case, and I would have expected Aussies of all people, to know what cattle-branding is all about, considering the fact that so many of them live among bovines.