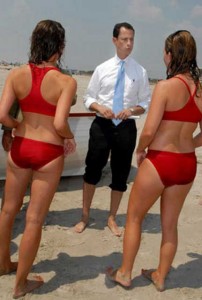 The aptly-named Anthony Weiner (US congressman) is not the first public figure to be undone by an errant hand on his Twitter.

One of my buddies said, “Weiner is now asking for leave and seeking treatment…if at 47 you are sending pictures of your dick around there is no treatment, the matter is simple…you are an idiot and there is no cure, sorry.”

No sir, I disagree, there IS a treatment for the likes of Weiner – and that treatment is CASTRATION!!!

Twitter and Facebook member Weiner realizing what a powerful tool he had in his hand, (apologies for all the intended puns – I couldn’t help myself) used these social media ejaculatory ducts to send crotch shots, raunchy notes and pictures of all kinds of various other perks to a series of young women.  One is reportedly only a 17-year-old teen.

On May 27 he inadvertently tweeted a photo of his erection in boxer briefs to his tens of thousands of followers rather than as a private, direct message to the intended recipient, a 21-year-old woman in Washington State.

Then he denied, lied, and blamed enemies (a “hacker”). Then, as new women and photos emerged, he held a tearful press conference to confess. “Weiner exposed!” screamed the headlines.

What crazy behavior from a public figure who has just been married for a year and whose wife is pregnant.

I feel sorry for his poor wife. 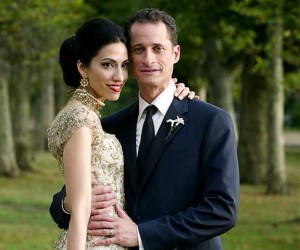 Addictive as twitting may be – the instant feedback – replies or retweets, the Twitter equivalent of applause – can be intoxicating, I was told.

Weiner is refusing to stand down, claiming that none of the online relationships with the women he sent pictures to are physical relationships.

Great, so it’s now ok to tweet pictures of your dick to teenage girls huh?

You know what is bizarre about this whole thing?

What is bizarre is that he still has considerable support from his constituents.

Now, those are the idiots who need treatment!