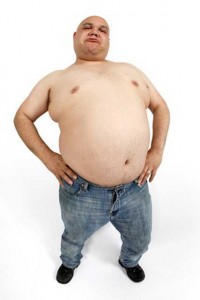 I’ve been approached by someone who claims that he too is an expert in change management to co-author and co-teach a Master’s degree course on the subject at a local university.

I took one look at this guy and I said “Thanks, but no thanks.”

I feel it’s important to be exemplary in one’s behavior – walk the talk, in other words.

How do you sell hair tonic when you are bald?

How do you position yourself as a fitness instructor if you are obese?

Remember the case of Jennifer Portnick?

Know what I mean?

He refuses to use the autospell function on his Nokia, doesn’t want to invest in an iPad, is proud that he doesn’t own a Kindle – “I don’t need to carry 3000 books on a device,” he proudly proclaims – and is largely out of touch with what’s happening in the real world.

And he wants to teach a Master’s degree course in change management.

And the course is probably going to be attended by accomplished senior exec types who are already leading change in their organizations.

They are going to be skeptical about this guy’s credentials.

“How can he teach us anything if he’s a dinosaur?”

“No problem, I’m sure I can pull it off,” that’s how my friend responded.

Many retards think that change management is something any idiot can do.

What to do, everywhere you go, you’ll find an effete group of self-professed experts who think they know everything.

Many companies also think that there is no need to manage change, just let things be, eventually things will sort themselves out, they think.

It is so difficult to get clients to pay for change management, and consultants themselves are partly to be blamed because they themselves don’t really understand what it is and are not 100% convinced that it is necessary.

The activities that well-trained consultants implement to ensure that your employees are equipped to cope with change due to whatever reasons – mergers and acquisitions, corporate rightsizing, etc – must be serious, well thought out ones put together by experts with a deep understanding of what makes people tick. A degree in psychology is an asset.

Managing change not something that anyone can do. Certainly not by someone who’s still using a phone from the stone age, when the rest of the world is already using smart phones, when everyone else is tech-savvy, where we all live in a very different, modern world where precious nano seconds count, a world that will leave you very far behind if you are not an early adopter and completely out of touch with the changes taking place around you.

A Nielson survey last month indicates that in this region, Singapore leads in smart phone usage. It would be embarrassing for my friend to be seen lugging his Nokia 6210 in a Master’s degree class on change management.

Nope, I wouldn’t go near this guy with a ten-foot pole.

Besides, I know if I say yes to him, I’ll end up doing most of the work – I’ve learned from past encounters with him that he will not live up to his part of the bargain.  (We were supposed to co-write a book once, well, I delivered my chapters ages ago, I’m still waiting for him to walk his talk.)

Some people simply have ZERO credibility.

I write them OFF.