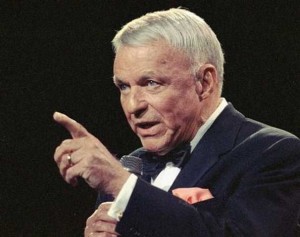 “Regrets I’ve had a few

But then again too few to mention

I did what I had to do

And saw it through without exemption.”

Unlike Sinatra, I have far too many regrets to mention.

Yes, sir, I have a lifetime of regrets.

“If only” – these must be the two saddest words in the world.

I remember watching the fog in China more than 30 years ago. I remember battle-weary oldish men in thick padded jackets cycling laboriously in the haze. I can still see their deeply wrinkled faces, etched with the lessons of life.

I don’t think I have the constitution to persist like they did. The Cultural Revolution was still ongoing at that time and the devastation was to have a long, lingering and traumatic impact.

And just on Friday night,  I heard 94-year old Reynaldo Creagh, Cuba’s last remaining living legend, sing. Creagh is a man badly beaten but definitely not down; Castro’s revolution only served to make him a tougher person – he flew over 30 hours to Singapore to sing for us, and yes, he is 94. The moment he started to belt out Dos Gardenias I started crying.

China, Cuba – home of two revolutions, home of brave men and women whose indomitable spirit in the face of great tribulation pulled them through. Honestly, I would have copped out in the face of such adversity. I can handle pain but I have no intestinal fortitude. I have no grit. I’m not tough as nails. I’m just a fat bastard.

I recall winter in Korea and the joyous exhilaration I felt walking the streets of Seoul – it was as if I was in a different world.

I remember happy times with loved ones, in Japan, in Sydney, in New York, etc.

I think of the heart-rending, terribly sad times, and I think of the more cheerful, carefree times of yore, and I wonder if a person’s intense sadness is due to his having once experienced the greatest degree ever of  joy and rapture. If so, then God – if you are real – why did you bless me with such abundant happiness in the past? Why did you transport me to seventh heaven only to plunge me unceremoniously into hell at this stage of my life? Are my best years over?

Does a person who has felt intense bliss and euphoria, feel the utter depths of despair in a worse manner than just ordinary people who have never felt anything really extreme?

The last several weeks have been very difficult, nail-biting ones for me. People close to me are in pain, a pain I seem so unable to comprehend, a pain I am so inadequate to help shoulder. If I could take over your hurts and your struggles, I would, in an instant, without a moment’s hesitation. Yes, pain is something I can bear, it has been my constant companion for the longest time.

At work on June 21, I experienced an epiphany, an insight that would forever change the way I view large corporations, bosses and colleagues.

My heart is heavy and my body is tired.

In the depth of my bleakest winter will I finally learn that there is in me an invincible summer?

Will I ever regain the spring in my step and joie de vivre?

Only time will tell, I guess.

In the meantime, I’ll try to pick up the pieces.

The million over broken little pieces that were once my heart.