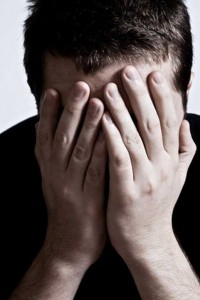 Dr Gary Neuman found in his study of 100 cheating men in the United States that only 12 per cent reported that the “other woman” was better-looking than their wives.

This was the case with Arnold Schwarzenegger. I mean he was a body-builder turned movie star, married to a striking career woman from the gilded Kennedy family.

But when the world got its first look at the woman Arnold Schwarzenegger cheated on Maria Shriver with, there were gasps of surprise.

Not long ago, in the local papers, counselors and psychologists weighed in on why men have affairs with women who are plainer-looking than their wives.

Some of the reasons cited:

“Some people may prefer a plainer or uglier partner to feel more secure about themselves.”

“Men pick plain-looking women for sex because they demonstrate more admiration and adoration over their bodies.”

“Schwarzenegger sees himself as the dominant, beautiful one and gorgeous women intimidate him.”

“Men sometimes go for the plainer-looking woman for a mistress simply as an alternative. They want something different after being married to a beautiful woman for so long. Men just get bored quicker than women do.”

One ordinary reader wrote to the press saying “Simple, Arnold Schwarzenegger’s mistress is the one with the bigger boobs.”

As far as my limited knowledge of the subject – be it boobs or mistresses – goes, people have affairs when their needs are not being met by their spouses.

And a simple need could be someone’s desire for his or her spouse to show some modicum of concern.

When you have that need, it’s amazing how little those who are close to you seem to care.

Indeed it’s amazing how sometimes it is those who profess to love you most that stay the quietest when you need them.

It’s like saying “I love you and I’ll give the world to spend the rest of my life with you, I’ll climb the highest mountain for you, I’ll swim the deepest ocean for you, but I’ll drop by tonight only if it doesn’t rain.”

Don’t people realize that what they promised may cost them the world indeed?

Talk is cheap, isn’t it?

When expectations are not fulfilled, you get disappointed.

Bottomline: It’s better not to expect anything, this way you won’t have to deal with disappointments.

“With nonchalance comes no disappointment,” says my friend Arvi.

Why is it that those whom you care for the most are also usually the ones who hurt you the most?

Yes, there are serpents in paradise!

The pleasure of friendship can easily be superseded by pain.

When you are ill, you expect friends to ask about the state of your health.

When you have to travel to unsafe places you expect friends not to make facetious comments.

When you write a great blog post that is even quoted by the papers causing everyone – including complete strangers – to heap adulation on you, you kinda expect your closest pals to say something too.

You don’t expect friends to keep a record of what you’ve said in the past and use it to hit back at you a long time later.

You don’t expect friends to keep count of the number of favors they have done for you.

You don’t expect friends to make you look stupid by commenting on the scars on your leg, or your haircut or by correcting your pronunciation.

When you are depressed, you expect someone close to you to offer some appropriate words of consolation, but not to shun you.

When we are in the presence of those who are having a difficult time, the least we can do as friends is to try to be sensitive and be less self-centered, narcissistic and overly pollyannaish.

These things can’t be taught. You either have it or you don’t. The scary part is that when a person is not receptive to any constructive criticism or feedback, he’s not going to know that his behavior has been inappropriate.

Actually, Arvi is right – it has nothing to do with others; it all has to do with ourselves.

If we learn not to expect anything, we will NOT be disappointed.

This is something I have to constantly remind myself.