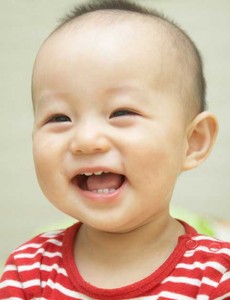 According to Unnatural Selection by Mara Hvistendahl, sex ratios – the relative numbers of boy babies to girls – are becoming skewed.

Within a decade, China could have 30 million men who cannot find wives.

In 2007, the booming port city of Lianyungang achieved the dubious distinction of having the most extreme gender ratio for children under five in China: 163 boys for every 100 girls. The numbers may not matter much to the kids. But in twenty years the skewed sex ratio will pose a monumental challenge. When Lianyungang’s children reach adulthood, their generation will have 24 million more men than women.

It’s also happening outside Asia, claims Hvistendahl in her book.

She also claims that sex ratio imbalance is partly the work of a group of 1960s American activists and scientists who zealously backed the use of prenatal technologies in their haste to solve an earlier global problem – the fear of dwindling supply of male labor.

And contrary to popular belief, modernization does not stop gender selection; instead the easy availability of technology makes it easy to know if women are pregnant with male or female fetuses. It is for this reason that some countries make it illegal for parents to find out their babies’ sex. But small bribes can easily convince hospitals to skirt such laws.

What does this mean for the future? The sex ratio imbalance has already led to a spike in sex trafficking and bride-buying across Asia, and it may be linked to a recent rise in crime as well.

More far-reaching problems could be on the horizon: Marriage it seems, make men more peaceable, lowering testosterone and lessening violence. The author chronicles how China’s new permanent bachelors are buying up weapons, while crime rates are rising in Indian and Chinese cities with the most skewed ratios. From ancient Rome to the American Wild West, historical excesses of men have yielded periods of violence and instability. Large pools of itinerant unmarried men can only spell trouble. 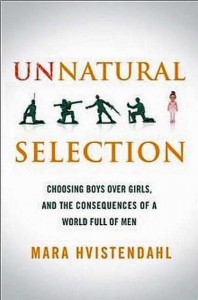