Forced Entry into your Home to check for Dengue! 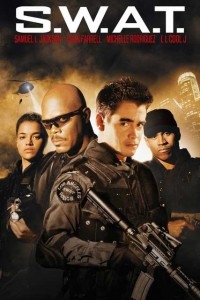 “Hand over your mosquitoes and er, your duty-unpaid cigarettes!”

It was also the third consecutive week that the number of cases had gone beyond what is considered the epidemic level of 191 cases.

As the threat of a major dengue outbreak looms large Minister for the Environment and Water Resources Dr Vivian Balakrishnan said Friday he is thinking of enhancing the power for the authorities to conduct forced entry into homes to check for mosquito breeding.

Under Section 36 of the Control of Vectors and Pesticides Act, the NEA has the power to conduct unsupervised forced entries into premises to check for mosquito breeding under certain circumstances.

Yes, SWAT teams are invading our homes to catch mosquitoes!

I find it disturbing that the government is allowed to enact laws enabling such acts. In other countries this will provoke an outcry.

What’s to stop the government from going around enacting more of such laws?

If they are repeatedly allowed to do this unrestrained and unchecked, governments can become emboldened and ignore the fact that such acts can constitute blatant violation of the rights of citizens. It can also lead to all kinds of abuses.

Isn’t public education a better and more proactive approach than storming people’s houses all in the name of dengue prevention?

This has to stop before the authorities conduct unsupervised raids into my kitchen to check if I am using healthy ingredients to cook my meals!

Remember, the authorities already have the power to conduct unsupervised forced entry into homes to check for mosquito breeding.

And now the good doctor wants that power to be “enhanced” – whatever that means!

Your enemies could take advantage of this too, the way lèse majesté laws are being abused in Thailand.

Caller: Hello, is this the mata chu?

Caller: Shhh, I think my neighbor has a stash of dengue mosquito eggs hidden in a tray of water under his bed; can you please raid his house? And also, I suspect his daughter is a teen vampire, drive a stake through her heart can? And one more thing, I believe his mother-in-law is a witch, please do something!

And here I am, can’t even go into my sons’ rooms without standing outside begging for permission!