I Spit on Your Graves! 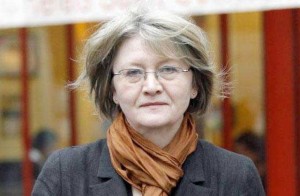 Eva Gabrielsson, long time companion of Swedish author Stieg Larsson is engaged in a fierce battle with Larsson’s father and brother over what the successful author has left behind after his sudden death.

Gabrielsson has written her own book entitled “There Are Things I Want You to Know” about Stieg Larsson and Me.

The oddest passage in her book is a description of an elaborate Viking curse she delivered on New Year’s Eve 2004 against all her and Larsson’s enemies: the false friends, the cowards “who let Stieg fight your battles while you raked in the salaries of your cushy jobs”, the wearers of “suits, ties and wingtips”, the evil ones “who plotted, spied and stirred up prejudice.”

Traditionally, such curses were accompanied by the sacrifice of a live horse, but instead Gabrielsson broke a ceramic horse sculpture in two and tossed it into Lake Malaren in Stockholm.

Nevertheless, it worked, she insisted.

“I felt immense relief, and so did the others who were with me,” she said, explaining, “It’s a ritual – we lack rituals for grief, for confusion, for rage.” She added, with satisfaction, that “all the people who have profited from Stieg in his lifetime – they have not fared well. Bad things happen to them. I don’t want to attribute that to the curse, but they are in trouble.” 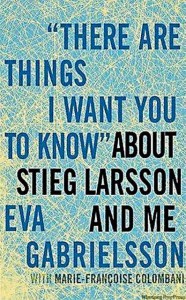