Getting On in Years 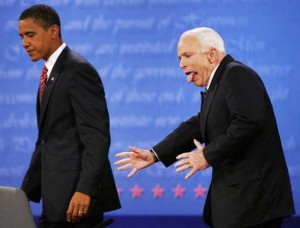 He reminds me of grandpa.

At 54, I don’t think I’m that old, but I must admit that age has a way of catching up with you.

At a restaurant the other day I was testing out my eyes – closing one and then the other and a lady sitting across must have thought I was winking at her. She shot me a baleful look and changed seats.

Getting old is no fun. Knees creak; body aches, muscles you didn’t know you had become sore and you are no longer as agile as you once were.

Of course more people seem to show you respect – taxi drivers now call me “uncle” for a change but for as many people who respect me, just as many must think that I’m a dirty old man.

Singapore women don’t how to respond to chivalry – when I give way to them, or open the door for them, instead of whispering “thanks” they all give me dirty looks. I must admit many old geezers look rather creepy but hey, I’m not one of those!

I was in the lift the other day with my neighbor’s family and when I was trying to be polite and  complimented the teenage daughter on her piano “recitals” (translation: noise pollution), she behaved as if I’ve just yanked out a humongous dick from my pants and waved it in her face.

Jeez, I certainly don’t want to be accused of attempted assault with a dead weapon.

Yes, as you age, your libido goes too.

They say age doesn’t matter if the matter doesn’t age.

Any way, I digressed.

When I look affectionately at kids and babies, I get treated as if I am a pedophile by their mothers.

When I’m out I always like to look at families and observe how families behave in public. If an entire family is out at some mall, for example, I always notice that the last guy in the entourage, the last guy straggling along is usually the oldest member of the family – often the grandfather or the father struggling to keep up – and usually with a moronic facial expression – and that poor retard habitually seems to be treated with disdain by other members of his family. It is as if they have no choice but to let the poor son of a bitch tag along.

And I also notice that this last person is usually sloppily dressed and is somewhat dirty and ugly as well – plus he smells! No wonder his family members are embarrassed.

I hope that won’t happen to me – that is why I try to make it a point to always lead the way, to dress decently and to be well-groomed.

Actually I’m not afraid of getting old; I’m really scared of becoming ugly.

But people can’t help it if they are not born good looking right?