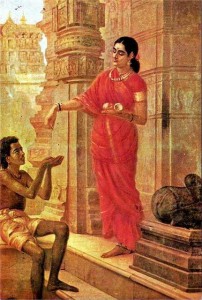 As at 11pm last Sunday, the President’s Star Charity has raised S$6.44 million. This is the highest-ever amount raised in the annual charity show. I am sure if the president had donated some of his multi-million dollar salary the amount would have been far greater.

In any case, I am sure many people are rejoicing over the S$6.44 million raised, but not me.

The modus operandi was the same as always: make it a variety show with appearances by local and foreign artistes, the so-called “stars” with their performances interspersed by heart-rending and hard-to-watch videos featuring sob stories of the less fortunate, the sick, the underprivileged, etc (must we keep on exploiting these poor souls?) accompanied by repeated brainwashing of the audience through relentless recitation of telephone numbers people can dial to make donations.

Not much different from those street performances of yore – those buay ko yok traveling hucksters who peddled snake oil amidst some so-called kung fu demos.

To add to the vaudeville atmosphere, corporate bigwigs showed up with big grins and huge checks to show off their generosity.

Some would call this Corporate Social Responsibility or CSR.

In innumerable cases, CSR is merely that: a public relations exercise, such as presenting a $10-million check to some big kahuna for photo opportunities or better still on live TV beamed at prime time to tens of thousands of homes! Often CSR is about dumping some old clothes at orphanages or sending dentists to pull teeth in some remote villages, or sending groups of employees to dig wells, build mud huts and schools in remote locations and making sure camera crews are around to capture these moments for the whole world to see.

In the meantime, the same organizations may be polluting rivers, pricing food out of the reach of populations, selling farmers genetically-created seedlings that will parch or forever destroy the fertility of their farms eventually, or creating products that decimate life-long savings and so on – all devastating long-term consequences that make million-dollar checks to charities rather hypocritical.

The day we stop resorting to emotional blackmail, cheap tricks and incentives to force people to give is the day we have matured as a nation.

It’s time to wise up, Singaporeans!

Let’s give from our hearts because it’s a natural inclination to share, let’s give till it hurts (if I have ten bucks and I give one cent, that’s not giving; that’s like throwing a bone to a dog, but if all I have is only ten bucks and I give eleven, that’s giving!) and let’s give not because the camera crews will be there or because it will assuage our guilt or because we are merely giving away conscience money. Finally, let’s not be prompted to give, let’s not be urged to give, let’s not be pushed to give. Let’s not give reluctantly, let’s not give because there’s a lucky draw at the end and we may win a car or a condo. Let’s make giving a non event! Let’s do away with vulgar, crass and crude TV shows designed to make people give out of guilt or other reasons.