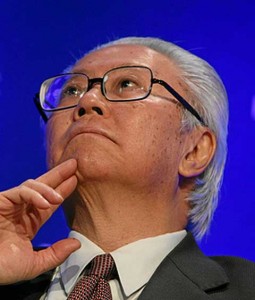 Hmmm, so many ah?

In the run-up to the upcoming presidential elections we’ve been reading about certain organizations ranging from unions to clan associations to chambers of commerce endorsing a particular candidate.

Call me an idiot but what does this mean?

Should organizations be going around endorsing presidential candidates?

Do organizations have the right to endorse presidential candidates?

And if they do, do they have the right to endorse presidential candidates on behalf of their members?

Take a union for example, what gives the leadership of the union the right to endorse a particular candidate?

When an organization endorses a candidate, does the leadership assumes that every member of that organization is in agreement?

When an organization endorses a particular candidate, does that mean every member of that organization is expected to vote for that candidate?

Take the Singapore Chinese Chamber of Commerce and Industry as another example. It states on its website that it has a membership network of about 138 trade associations and 4,000 corporate entities. Is the leadership of SCCI in endorsing a candidate assuming that all the members of the 138 trade associations and 4,000 corporate entities are in agreement with its choice?

Is the leadership of SCCI acting on behalf of those 138 trade associations and 4,000 corporate entities?

Has it received the mandate of the 138 trade associations and 4,000 corporate entities to do that?

Should organizations even go around endorsing presidential candidates in the first place?

I think we should stop this nonsense. It’s so crass!

To a political ignoramus like me endorsing of presidential candidates appears like the ultimate act of apple-polishing, ass-kissing, curry-favoring and brown-nosing. You get the drift.

What do organizations hope to achieve by endorsing presidential candidates?

And should candidates should seek or accept such endorsements?

How do candidates go about seeking endorsements?

And when candidates accepts endorsements what does that mean?

Is there a quid pro quo somewhere?

To a simpleton like me, the presidential election is much ado about nothing, a storm in a teacup.

The president has very limited powers; the post is largely ceremonial, and if my memory serves me right, the poor fellow can’t even make a speech without the approval of the real powers behind the throne.

As far as I’m concerned, I don’t care if they put a monkey in the Istana. They don’t even need me to vote on a candidate. To me, frankly, the president is not important. As long as we don’t have a clown in office, I’m happy. True, someone with the appropriate and relevant credentials and gravitas should be president but the fact of the matter is that who we elect into parliament is more important than who we put into the Istana. And lots of people have been trying to explain and clarify what the president can and cannot do, including K Shanmugam our law minister and Yaacob Ibrahim, minister for Information, Communications and the Arts, and minister-in-charge of Muslim Affairs. (Yup, the same guy who said floods occurs once in 50 years.)

And organizations like clan associations, unions and chambers of commerce should focus on achieving their main objectives and should be above politics and not spend expensive resources to participate in this charade.

Just my two cents’ worth.