How Authors Live On 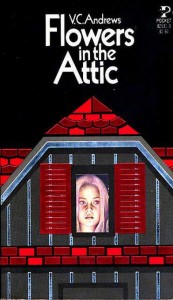 If you’re minting money, it’s hard to stop. Plus fame and power can be very intoxicating.

Rumor has it that we’ve not seen the last of Harry Potter yet.

The books of Cleo Virginia Andrews, better known as VC Andrews, sold well enough that after her death in 1986, her estate hired a ghost writer, Andrew Neiderman, to write more stories to be published under her name.

After Mario Puzo died in 1999, his book The Family, was completed by his longtime girlfriend Carol Gino. In 2004, Random House published a sequel to Puzo’s The Godfather. It was written by Mark Winegardner, entitled The Godfather Returns. A further sequel by Winegardner, The Godfather’s Revenge, was released in 2006.

In his sunset years, Dick Francis co-authored books with his son Felix. His last four novels – Dead Heat, Silks, Even Money and Crossfire – were written with Felix. Crossfire, published in September 2010, was the book that he and Felix were working on before his death in February 2010. When Dick died Felix continued writing. Felix has just released Gamble.

James Patterson is a book factory, using ghost writers – he calls them “co-authors” – to churn out lots of books. He has been heavily criticized by other authors but his books sell.

And last time I checked even Tom Clancy uses co-authors and ghost writers.

The Phantom of Manhattan, a novel by Frederick Forsyth, is a sequel to the Andrew Lloyd Webber musical The Phantom of the Opera, itself based on the original book by Gaston Leroux.

I don’t know about you – I am bothered by ghost writers and those who write sequels based on other authors’ works; if it’s not by the original authors, it’s just not the same!

That’s just how I feel.