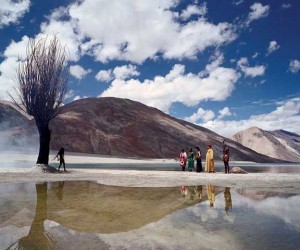 If you have 118 minutes to spare, treat yourself to a visual feast.

Pulitzer Prize film critic Roger Ebert gave the film 4/4, and wrote, “You might want to see it for no other reason than because it exists. There will never be another like it.”

The film was shot on 26 locations in over 20 countries, and according to the director there were absolutely zero special effects used to create the movie: every image you will witness was crafted through filming at actual, stunningly beautiful locations and the employment of remarkable photography brings out the best of these locations. What a refreshing change in today’s world of CGI.

The plot revolves around a little girl, age 5, Alexandria (Catinca Untaru) who was in hospital with a fractured arm. (This was Los Angeles in the 1920’s.)  There she befriended another patient Roy (Lee Pace, Pushing Daisies) who tells her a fantastical story involving five mythical heroes which leads us to some of the most stunning images we have seen on film. Thanks to his fractured state of mind and the little girl’s vivid imagination, the line between fiction and reality starts to blur as the tale advances.

Director Tarsem Dhandwar Singh, maker of The Cell starring Jennifer Lopez and that famous 2005 We Will Rock You Pepsi commercial is a genius, creating this masterpiece which is simultaneously a fairy tale, a tragedy, a coming of age story, and a story about redemption filled with hope.

Catinca Untaru is such a loveable and cute little girl who’s an amazingly believable actress! 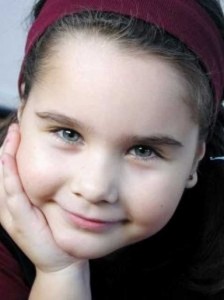