Construction of the metro network started in 1968, and was opened in September 1973 by Kim Il Sung.

This is the deepest metro in the world – the track is approximately 110 meters (about 360 feet) deep underground.

Foreign tourists are only allowed to travel between the less crowded Puhung Station and Yongwang Station to minimize interaction with the North Korean hoi polloi.

The interiors of the stations are beautiful – the pillars in the fifth picture below are meant to look like victory torches bursting into flame. 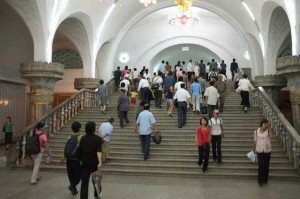 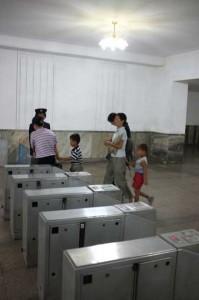 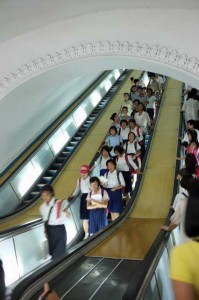 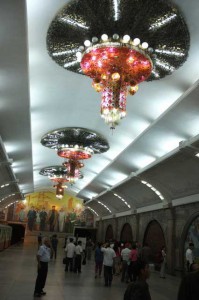 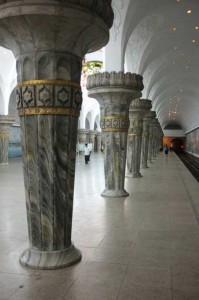 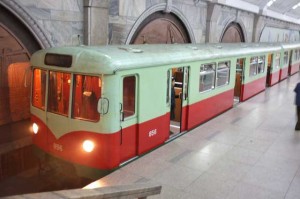 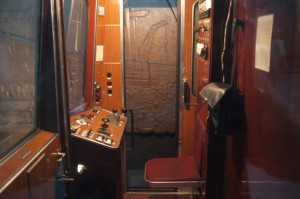 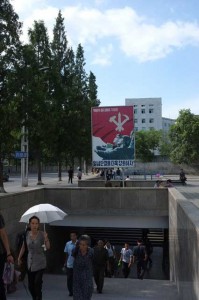