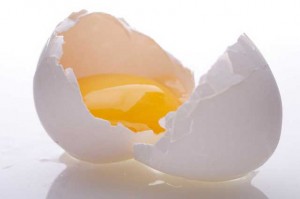 This is now good for you.

Well, after years of wanking, I’m still able to see though I’ve been needing glasses since I was nine, not that I started wanking at nine. To be honest, the only side effects of beating the monkey is that your right arm muscles continue to develop at the expense of your left arm muscles.

Now they say that it is smoking that will make me blind. I smoke a pipe and I smoke cigars; hmm, maybe I will be blinder than those suckers who only smoke those filthy cigarettes, those who have never tasted Morley’s Best or a Havana all their lives.

A study has linked AMD (Age-related Macular Degeneration) – a form of eye disease – to smoking.

Minister of State for Health, Dr Amy Khor said there are now more than 30 million people worldwide suffering from some form of AMD. (This figure is likely to triple over the next 25 years.) Thanks Dr Khor, it’s nice to know that all these people didn’t go blind because they were all jerking off big time. Changed my perception of blind people totally.

Anyway, until someone tells us differently for now, the fact remains that if wanking doesn’t get you, smoking will.

Smoking, of course has been blamed for everything bad.

But messages from the so-called experts can be confusing.

A virus spread by oral sex may now be the cause of more cases of throat cancer in men than smoking, says another study.

So since most smokers are likely to smoke more of whatever they smoke than they have eaten pussies, is it therefore safer to continue smoking, I wonder. Pussies have always been a source of trouble for most men anyway.

And we’ve just also been told that Singaporeans consume too much salt.

Yet, an eight-year study of a New York City hypertensive population stratified for sodium intake levels found those on low-salt diets had more than four times as many heart attacks as those on normal-sodium diets.

Some time ago, I was told that eggs would kill me.

But then eggs are good for you, now says the British Nutrition Foundation, among other medical and nutritional experts.

I was also told that sugar is bad for me.

But once I was off sugar until my blood sugar level was so low I actually fainted when I was in the middle of somebody.

Did I just say “in the middle of somebody”?

I was told that booze will turn me into an alcoholic. Now I’m told alcohol is good for me. And those whose religion forbid alcohol even take tablets containing resveratrol, the ingredient in red wine that supposedly helps prevent heart attacks.

My parents didn’t allow me to drink coffee until I was an adult. The blacky, murky brew apparently contains stuff good for them but bad for me but now “experts” tell us that coffee can prevent depression.

Well, it’s depressing enough trying to sort all these confusing and conflicting information out.

I’ll think I’ll go have some masala tea and smoke a shisha and see what happens.

And maybe wank myself to sleep using my left hand for a change.