Moving to a Plant-based Diet 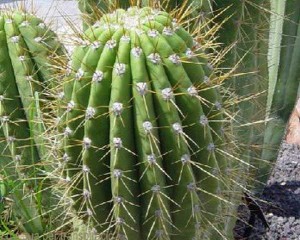 Sure, go ahead and eat this!

There was a letter in yesterday’s paper urging people to move to a plant-based diet.

Self-righteous zealots who impose their will on others are the worst kind of misfits in our world.

We now have a record-high population of 5.18 million in a very tight space; we have no place for those who can’t co-exist with others, sorry.

A British cook barged into a Chinese restaurant in London not long ago with a camera crew; they filmed people consuming shark fin; criticized the dish and chastised the people. Yet this same retard serves foie gras in his own restaurant. If I was the owner of that Chinese restaurant I would have used my meat cleaver and chopped those bastards into pieces.

Elsewhere, tree huggers protested when trees had to be chopped to make way for highways.

Meantime dolphin lovers fight for dolphins to be released from captivity.

Back in 2001, religious fanatics convinced that the west was morally decayed beyond redemption sought to bring chaos to western civilization by flying planes into buildings.

A headline in yesterday’s Straits Times says that the human race is still evolving.

And companies not wanting to lose business, cower in fear and do the so-called “politically-correct” thing – they pander to lobby groups and stop selling and serving certain products to avoid harassment.

They too are still evolving.

People are still culturally insensitive, stupid, un-compromising , sanctimonious, “holier-than-thou” and have no idea why plants and animals exist in this world, demonstrating zero understanding about planet earth’s ecological balance, etc.

If you have to convert to a plant-based diet due to religious or medical reasons, that’s a different story.

But urging all consumers to convert to a plant-based diet so that animals won’t be killed or become endangered, that’s something else.

Want to protect endangered species, sure, when was the last time you protected the rights of your maids? Why do you practice modern slavery by throwing peanuts to poor women from neighboring countries to labor for your household 24/7? Why do you make another human being a beast of burden while fighting for the rights of animals?

When was the last time you reached out and mend fences with an estranged friend or relative?

Never, I suppose, since the word “tolerance” is not in the vocabulary of idiots like you.

By the way are you still using detergents to wash your clothes? Aren’t you poisoning the earth?

Or are you an activist only when it suits you?

Does it give you a thrill championing the rights of animals while trampling on the basic human rights of your fellow men?

Does it give you a high and a huge sense of superiority when you speak up for the “oppressed” while your bullying ways twist the arms of others to do what you think is right?

Boy, you must have had a really bad childhood.

Or an extremely short dick.

Have you thought of what would happen if the world switches completely to a plant-based diet? And what do we do when plants become endangered too? Start eating our furniture?

Second-hand smoke? Do you know that the fumes from your cars emit enough to kill a lot more people than a wisp of passing smoke from some smokers using a legal product?

Really, some people should get a life!