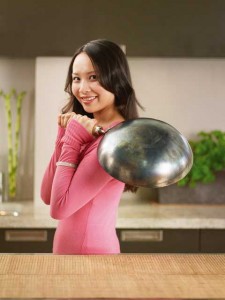 Threaten me and I'll clobber you with this!

They were both in the same business but there was no animosity. My first uncle, the eldest son in the family, even helped out financially.

I guess you could call him an “angel investor” long before the term was coined.

Traditionally, the Chinese are big-hearted in that regard.

If a foreigner were to ask us for directions, we would gladly help.

In France, try asking for directions and more often than not, even if the French people you approach are able to converse in English, they would deliberately speak French to throw you off.

Such is the narrow-mindedness of some nationalities. Never mind the fact that Asians are the now the world’s biggest buyers of French wines and champagnes.

And talking about champagnes, the French even patented that word, forbidding anyone else to use it.

Indeed, such is the narrow-mindedness of the French, a phenomenon that has sprung – in my humble opinion – from an inherent insecurity and inborn inferiority complex.

It may sound audacious – in modern-day context, it is almost like a chef leaving Les Amis, opening his own restaurant a few doors down the road and calling his new place “New Les Amis” but you see, traditionally, this was the practice because the Chinese consider it not only an honor and a privilege but also a responsibility to see that their juniors are being mentored and given all the blessings to succeed – something many other nationalities cannot understand.

“He is slapping the faces of Thai people. If you start telling Thais how to cook real Thai food, that’s unacceptable,” snorted Suthon Sukphisit, a food writer for Thai newspapers and an authority on Thai cuisine.

Of course that’s not true; anyone can cook the food of any country. Nobody really owns the cuisine of any one country. The Thais may patent “tom yam” but what can they do when others cook the famous soup dish? Sue them? Threaten them? The French cooking of Singapore’s own Justin Quek can put any self-proclaimed French cooks to shame so are French cooks going to find ways and means to get rid of him?

Come on, the market is big enough for all the players, including new entrants, and consumers are discerning – in the end, the good will thrive and the bad will shut down. So if you are really good, you have nothing to fear. (Notice I use the term “cook” instead of “chef” – “chef” is a title reserved only the deserving.)

The angry Thais reminded me of an incident several years ago when a local chef in a neighboring country left an Italian restaurant to strike out on his own. His boss, an Italian national, instead of wishing the young man well, was fuming mad. He issued threats of all kinds. To cut the long story short, his anger, jealously and resentment led to a series of irrational behavior which eventually resulted in his being deported from the country within 48 hours. Till today the Italian is not permitted to return. He is a persona non grata.

Actually he should consider himself lucky. He could have ended up floating face down in the local river, with a knife stuck in his back.

I guess being deported is a better alternative to that!

Watch your feelings, unbridled; they could get you into big trouble.

If you have a big heart, that would not have happened.