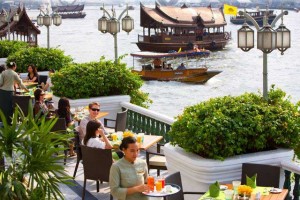 My buddy celebrated Cook a Pot of Curry Day without knowing the origin of that day.

The same individual has no idea why people were discussing that huge poster on Knightsbridge Mall along Orchard Road or who Loo Choon Beng is or that Hawaii and California have banned shark fin.

I love discussing current affairs with people but with this friend, conversations grind to an embarrassing halt every time the need for some intellectual stimulation crops up.

Many people are actually proud that they don’t read the newspapers.

Some get their all their news online they say.

My friend doesn’t read the papers nor look at news online.

The excuse? “Too many bad news.”

Well, to each his own, I guess.

If he’s not embarrassed by his cluelessness, I am.

I get my news online too but every morning in addition to the local crap put out by the “lamestream” press I also read The Wall Street Journal, The Financial Times, and The International Herald Tribune.

And I don’t read them for the news only – it’s an entire ritual of a shave with a straight edge razor, black coffee, orange juice, my first pipe of tobacco for the day, bacon and eggs, and then reading the papers including the ads and obits and all.

People who don’t do that don’t know what they are missing.

There is a reason why I pay thousands of dollars a year for all those newspapers.

I supposed this is hard for those who eat breakfast at pretentious places like Jones the Grocer to understand.

Jones the Grocer has some of the snootiest staff around.

And they’re all ignorant retards by the way.

I once asked to buy jars of whole truffle soaked in olive oil and some of the staff there reacted like I was asking them to give me a blow job.

Such pretentious tai tai places should be avoided at all costs!

Nope, no Jones the Grocer for me.

Breakfast for me must be in the gardens, with the birds twitting nearby.

And overseas, the best place for breakfast is at the River Terrace of The Oriental, Bangkok.