Encounter with a Maxi Cab 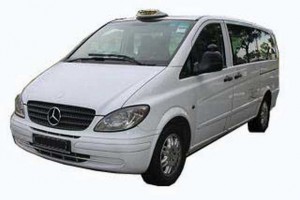 This happened on Thursday:

When the cab came it was a Maxi Cab.

“Why did ComfortDelGro send me a Maxi Cab?” I asked the driver.

“I also don’t know how to answer you,” he replied.

One minute later, as he was turning out of my carpark, he asked “Do you want to take another cab?”

He made a face and said, “Actually I have another booking. I can earn 45 dollars from it.”

I asked, “Why did you accept my booking then?”

He said “The 45-dollar booking came after I accepted yours.”

I wanted to say “Too bad, you stupid motherfucking retard” but instead I told him “I’m quite happy to use another cab, if you can get me one.”

For the rest of the journey he appeared helluva pissed off.

When we reached Funan, I paid him ten bucks more.

Yup. Me. Ever the nice guy.

He accepted the money and gave me his name card, “Next time you need a cab, you phone me ok?” he said, this time smiling.

I took the name card and alighted.

I threw it into the first garbage can I came across at Funan.