Thanks to ACRA, we can Drink at Aushwitz and Eat at S21 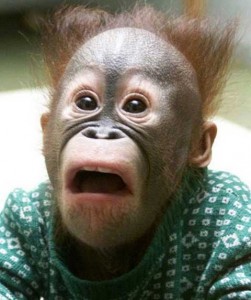 ACRA (the Accounting and Corporate Regulatory Authority) has allowed a bar named “Aushwitz” to operate. Anyone with brains would know what Auschwitz was. That was where that little mustached-monster-with-one-testicle gassed Jews.

ACRA said it would not endorse any name of business that is “undesirable” yet it allowed “Aushwitz” and it also allowed a chain of food courts to be named “S21” – can you believe it?

S-21 is a former high school in Cambodia which was used as the notorious Security Prison 21 (S-21) by the Khmer Rouge communist regime from its rise to power in 1975 to its fall in 1979. It was a torture chamber and an an urban killing field of the Khmer Rouge. I’ve been there. It was spine-chilling. Till today, blood stains can still be seen on the walls of S21.

Years ago, at the east coast park vicinity, I chanced across a massage parlor for men named “Rongcheesonee.” (If my memory serves me right, that was how it was spelt.) At first glance I thought the name sounded Japanese, until a more learned friend enlightened me by explaining that it is actually a Hokkien expression explaining what could be done to two prominent parts of the female body, an activity that was supposedly available – at a fee of course – inside that massage parlor so named.

Amazing the authorities missed that considering Hokkien was – and still is – the main dialect used here.

I wrote to the authority but never received a reply. I wrote to the press, my letter was never published. “Rongcheesonee” continued to operate for quite some time until it eventually folded.

ACRA should not only save itself from embarrassment, it should also try to save some business owners from making a bloody fool of themselves.

Recently at Far East Plaza, I came across a store named “The Secret’s Room.” Now, I am no expert on the language but I think this is extremely bad English (unless it was done deliberately) and it led me to conclude that the owners must definitely be some poorly-educated Ah Lians. Shouldn’t the store be named “The Secret Room” or “The Secrets’ Room”?