Now Everyone Can Fly. Oh No! 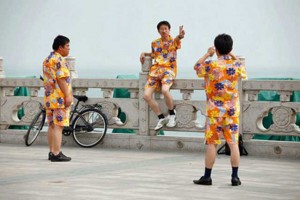 My brother-in-law, who’s Australian, tells me that there are people going to China from Australia on tours that cost like 99 bucks Aussie.

He on the other hand avoided such “too-good-to-be-true” deals and spent tens of thousands of Aussie dollars vacationing in China.

Like me, he is a firm believer that if something sounds too good to be true, it usually is. There must be a catch somewhere.

And even if there are really no hidden traps, we dread to think of the types of people we have to travel with – those who go on vacation on the cheap are usually a particular type of people – the very people we take vacations to escape from.

Go to China via some bargain basement deals?

Sure, go ahead if you are one of those who know the price of everything but the value of nothing.