Blogs that Make my Hair Stand 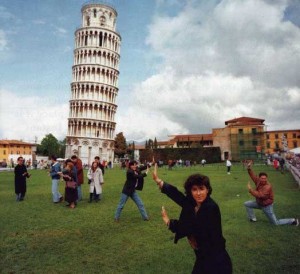 The Incomprehensible – This blogger thinks people will be impressed if he can show how “powderful” his English is so he borrows lines from books he reads; problem is his writings appear as fucked up as most of our TV/radio hosts/ new readers with their rojak accents. Charles Dickens’ English mixed with John Grisham’s English don’t work, stupid!

The Snooty Narcissist – Usually rather immature women who are complete show-offs, these bloggers boasts about chichi restaurants they’ve been to, expensive wines they’ve quaffed, garish parties they’ve gatecrashed, even vacations they have taken with boyfriends. Fucking out of wedlock is deemed acceptable by a lot of people these days and these bloggers have no qualms flaunting it ostentatiously – “Here’s a picture of me and my darling Ah Beng at Heston Blumenthal’s Fat Duck restaurant in London, can you see the foie gras on our table? It cost an arm and a leg you know!” Absolutely superficial, artificial, shallow, their blogs have zero content worth reading. When they stop visiting fancy restaurants, their blogs simply can’t be updated. They have nothing substantial to blog about. Pathetic and vomit-inducing.

The Bimbos – Again, usually women although there are some men too, meaning, the “himbos.” Their blogs almost have no words just picture after picture of themselves posturing in front of the camera, hair often dyed a strange color, fake eyelashes fluttering, lips pouting, and cleavage showing. Sometimes these bloggers are sponsored by companies to push their products. Some of them become “celebrity bloggers.” To me, they are no different from prostitutes whose IQ is the same as their shoe size.

The Fake Blogs – Put up by commercial organizations to push their products, and using texts from sites that give bloggers permission to use their writings for free – yes, there are such sites (for bloggers who can’t write even if their lives depended on it)  –  the ultimate goal of these fake blogs is to sell merchandise. Utter waste of time.

Blogs by the Mentally Ill – Sickos with spine-tingling agendas be it Islam bashing, anti-shark fin, anti-smoking, anti-contraception, anti-Jews, anti-Christian, anti-Buddhist, neo-Nazis, camel toe worshippers, used-panty sniffers, used-diapers lickers, whatever, these very disturbed individuals seriously need help. They should check themselves into mental asylums. These nut cases rant about changing the world and changing the world, to them, means everyone else must think and act as crazily as them. These blogs, written by bottom feeders of the worst kind, are part of the reason why the internet is such a cesspit nowadays. Avoid these blogs like the plague.