Stick to your Last! 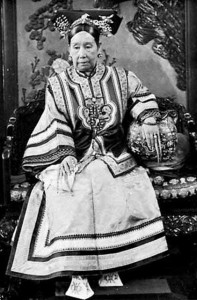 The girlfriend from hell.

“Who paid for the dinner?” asked a girlfriend when I told her that I ate with four of my buddies the night before.

I thought she was way out of line.

If my wife had asked me the same question I would not be upset.

But a friend asking me that?

Well, not only was I upset, I was actually offended.

By asking me who paid for dinner, was my friend doing something wrong?

No, my friend had absolutely every right to ask me anything she wanted.

She’s a friend, not a stranger, remember?

But as a friend, can she really ask me anything?

Yes, of course, she can ask me anything – including who paid for dinner last night.

But the unwritten rules of propriety say that she should not and she ought not to ask that question.

A wife shares a unique relationship with her husband and is entitled to know certain details about her husband’s life.

That entitlement, though not cast in stone, is a tacit understanding that exists between people who are married.

That entitlement is embodied in the words of the wedding vow where the husband typically says that he will receive his wife into his life that together so that “we may be one.”

And of course the wife’s reciprocal (multiplicative inverse?) pledge is summed up in words to the following effect: “I pledge to you my life as an obedient, faithful and loving wife. Whither thou goest I will go, whither thou lodgest I will lodge, Thy people shall be my people, And thy God my God.”

My friend, though close to me, is not married to me, her people are not my people, neither are mine hers, and my God is definitely not hers, so by asking a question that my wife has every right to ask, she has crossed the boundaries of propriety and has ended up offending me.

(This is especially so when my wife never asks me questions of that nature.)

It’s the same reason why it is considered impolite to go around asking people how much they have paid for their purchases.

“Do you like Bali?” another friend – let’s call him “Patrick Starfish” – once asked me.

“Where did you stay the last time you went to Bali?” Patrick Starfish wanted to know.

When I told him; he asked “How much a night did you pay?”

I was so miffed I actually had to suppress a cringe.

It is widely acknowledged that Patrick Starfish is not a terribly smart person – rumor has it that his IQ is probably the same numbers as his shoe size – but stupidity is not a license to be rude. Being dense is no excuse to be boorish.

Now, before you start thinking that I’m nothing more than an easily-upset, ultra- or hyper-sensitive whinger with a very thin skin (actually I just consider myself civilized and well-bred) I would like to say this: I am the easiest person in the world to get along with, and all my friends can attest to that. You can practically ask me anything – including the state of my prostate or the shape of my coccyx or the size of my corns – but I do feel offended when I think people have crossed the line.

People cross lines all the time; that’s why there are rules.

If there are no rules, people will jaywalk, some will kill, many will steal, all will lie, most will just regress into Neanderthal behavior and some governments will return to power election after election.

So to prevent us from behaving like Troglodytes, rules – and laws – are being enacted to keep us in line.

This way we won’t go out of line, theoretically.

Lines are thin, by nature, and some are invisible, but they are there.

However not everything can be anticipated and the requisite regulations crafted to deal with them, therefore it is incumbent upon us humans – and by virtue of that fact, thought to possess a lot more brains than mere animals – to “self-regulate” and to “do the right things.”

We need something to get those synapses firing, and that something is our “human-ness.”

In other words, we must “stick to our last.”

According to ancient legend, Apelles, an eminent Greek artist, showed one of his paintings to a cobbler, who immediately detected an error in the artist’s rendering of a laced shoe. After the artist corrected this flaw, the shoemaker overstepped himself by criticizing the artist’s depiction of the legs. Apelles is purported to have snorted “Stick to your last!”

(A last is a form in the approximate shape of a human foot, used in shoemaking to produce the fit of a shoe.)

Essentially, Apelles was telling the cobbler to mind his own business.

And in the larger scheme of things, we should all mind our own business.

“Without an acquaintance with the rules of propriety, it is impossible for the character to be established,” said Confucius.

In business this is as important, if not more important, than in social intercourse.

This is the reason why companies have guidelines governing business conduct.

Just as we have rules enforcing proper behavior in a civil society, there are norms acceptable in the business world that must be upheld.

Again, no one can anticipate all eventualities.

Nobody could predict the once-powerful Hosni Mubarak ending up in court lying in bed inside a cage!

It is incumbent upon urbane and “developed” homo sapiens to behave appropriately.

The onus is upon us.

Demanding baksheesh in order to facilitate a request is an example of inappropriate behavior.

That is the raison d’être for anti-corruption agencies.

But when scandals hit the anti-corruption agencies themselves, then it is more than just the rules of propriety that have been thrown out of the window.

Entire codes of morals have been disregarded blatantly.

The day denizens of a realm self-regulate because they deem it only proper to do so, and not because of the consequences of punishment, is the day society has come into its own.

And I can enjoy dinner with whoever I want.

As often as I want.

Because Confucius also said “Straightforwardness, without the rules of propriety, becomes rudeness.”