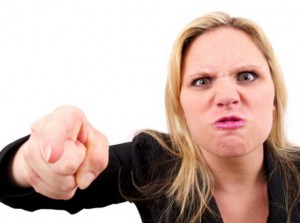 My last day with the circus was on July 31 this year.

In August I inked contracts worth at least 80k worth of work.

September was another bumper month.

A couple of days’ work each month.

And more money than I made while salaried.

The saying goes that if you build it, they will come.

And what’s more – from August till December, I vacationed in Thailand, North Korea, Indonesia, Malaysia, Australia, Israel, Hong Kong and even went on a luxury cruise.

Come 2012, my income will quadruple at the very least.

I wish I had left earlier.

Why did I leave?

When I joined the circus, the guy who hired me has already been fired. Imagine finding that out on my first day at work! Quite an ominous start indeed.

My first boss was a Filipino whose pay grade was one level below me so you can imagine how powerless he was. He was shortly replaced by an American with a pony tail who looked like he had some woman’s pussy stuck on his mouth because of his moustache and beard. He was all form and no substance and I will forever remember him as the retard who ignored all my emails after he went back to the States. Clearly I had outlived my usefulness as far was the bastard was concerned.

My second boss was also based in the US – a very insecure jerk who was clearly intimidated by me – every time I accepted a speaking engagement he suspected I was seeking eminence for myself.

My third boss was a “lifer” – decades with the company and interested only in making sure that his own job was secure. He was timid and submissive. Not the guy to have in your corner when you needed help and support. Interestingly enough, he became a nicer person after he ceased to be my boss.

My fourth boss was one of the most disorganized persons in the world – sometimes the only way to catch him was to follow him to the toilet. I heard his secretary had to do that all the time. Here was an idiot who wasn’t terribly smart but was lucky to be at the right zoo at the right time.

Then came the first of three lady bosses – the first (Chay Leng) was quite human and humane and left me with the best impression, God bless her kind soul. The second was all the way a company person who would even use statistics to back up her oft-flawed and illogical arguments. She is now with “one of Asia’s largest real estate companies. Headquartered and listed in Singapore, the multi-local company’s core businesses in real estate, hospitality and real estate financial services are focused in growth cities in Asia Pacific and Europe.” All I can say is “good luck” to her bosses and her subordinates! As for my last boss, well, she takes the cake! She is the bête noire of all the bosses I’ve ever had.

She is an aloof ice queen. Against company policy, she held no monthly meetings with me. So each month I would send her a detailed report and without fail, month after month she would reply with just one word: “Noted.” In my last year with the company I decided not to submit any report; she also didn’t ask for any.

She’s another lifer at the company – this being her first and only job in her life so far – and in my view, her uselessness and ineptitude is exceeded only by her indifference, insensitivity, and her obsession to do anything and everything to keep her own job safe at all costs. No way could she be counted on to stick her neck out for any of her team members. If anything, she’ll probably join the enemies to throw stones at you. As far as  I could see, she is heartless, cold-blooded, emotionless and operates strictly and ruthlessly by the book – other than those monthly meetings, she’s a great corporate cog; in my opinion, one of those diabolical ones who will without batting an eye, commit patricide to grab the family coffer. I should congratulate her – she now occupies a top slot in a very special mental list I keep in my head. It’s revenue-generating worker bees like me who finance the comedy routine she pretends is a job.

Those were my direct bosses in my ten and a half years with a company that is no better than a three-ring circus.

Over the years I was never able to stop thinking about the life I could have had if I had different, better bosses.

That’s another kettle of fish.

The fact of the matter is this – it’s only after you’ve left when you will really know who your friends are.

John Fernando was the only one who bought me a meal after hearing of my leaving. God bless his soul, dear John.

Martin Gomez – whom I’ve always in the past dismissed as a loud and somewhat immature young man – surprised me by starting a campaign within the organization to get me back.

A lady in Australia, who shall remain unnamed, (let’s just say her initials are “AB”), even emailed me saying she cried when she heard I was leaving. Well, a couple of months after my departure, she ignored me when I was in Sydney and wanted to buy her coffee. She even deleted me from her LinkedIn contacts. Crocodile tears? Obviously I was persona non grata the moment I left the company.

MG made some rather childish, frivolous and facetious comments when I told her I was terminating my contract early. She told me to pray. However she was kind enough to inform me when John was admitted to ICU. But, later when I messaged twice to ask about him, she ignored my text messages. (By the way, John has recovered now.)

Yes, I do keep scores.

I have the memory of an elephant. And I also make it a point to remember that almost all of the bosses and colleagues mentioned above are supposedly pious, church-going Christians as well.

Very good testimony huh? No evidence of any presence of the so-called “fruits of the Spirit” as far as I can see, or should I say, don’t see.

In the new world order, those entrenched like ass-kissing monkeys on their perches will be dethroned; the downtrodden will rise up and make their own future.

So make way for the living, you pathetic hypocrites.

Your days are severely numbered.