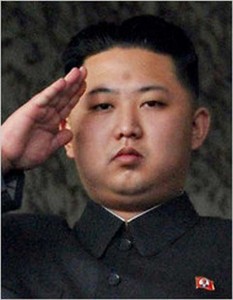 Rosemary Righter, I salute you for being an alpha biatch with titanium balls!

There is no love lost between me and those despots in North Korea, so this is not a post defending them.

I’ve been to North Korea (do a search on this blog) and let me tell you, those guys running that place are no idiots. We make fun of them at our own peril.

Therefore I think it is rather unbecoming for a supposedly credible publication like Newsweek (January 9 & 16 issue) to say under its commentary entitled NewsBeast – yes, NewsBeast, tsk, tsk – that the Swiss-educated Kim Jong-un’s “only known talent is eating.”

The piece is by Rosemary Righter.

Come on, Kim Jong-un may look stupid, but Rosemary Righter, you’re not that smart either making fun of people like that. You have no right to. (Pun intended.)

Retards like Righter (NewsBitch?) should not tease and make idiotic remarks, but offer constructive advice that will contribute to the containment of diabolical leaders. If they can’t make themselves useful, they should just shut the fuck up.