Be Honest with Citizens Please! 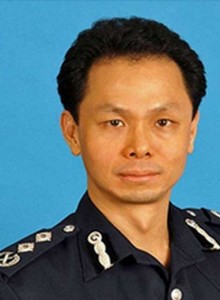 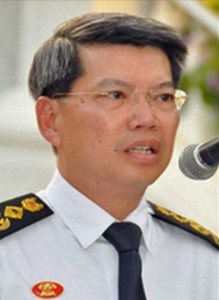 When I was a wee little lad, mum would keep things from me.

For my own sake, she would say.

Some things were hushed up because they involved scandals or news too unsavory for little children to know.

Some things were things little children had no business knowing.

Some things that happened were spoken about by supposedly wise, all-knowing adults in hush tones because children, with yet undeveloped brains might jump to wrong conclusions about things.

Mum and the rest of “the establishment” as I knew it then as a little boy was helluva good in covering up unsavory news involving certain people.

I know mum did it sometimes to avoid us little kids talking about it to other kids in the neighborhood which in the end would cause mum and the rest of the adults major embarrassment.

But we kids had our own network and the harder mum tried to keep things under wraps the harder it was to contain certain news.

Mum’s attempts at covering things up usually resulted in a worse set of circumstances happening.

In the end, it usually took someone like dad to step in and assuage us kids and pacify us kids and undo the mess that mum has created.

But by then, as much as I loved mum, from then on, everything that mum said I had no choice but to take it with a pinch of salt.

Mum passed on nearly 19 years ago, but on the second day of Chinese New Year – I’m NOT going to call it Lunar New Year – something happened that reminded me of mum: two major arrests in Singapore! Wow.

Until a Chinese evening scandal sheet broke the news on the second day of Chinese New Year, the majority of the Singaporean public was completely in the dark about the arrests on December 19 of Central Narcotics Bureau head honcho Ng Boon Gay and that of Singapore Civil Defence Force top dog Peter Lim Sin Pang on January 4.

These were among the highest-level arrests ever involving public servants.

But the public was kept completely in the dark.

Until the exposé by the Chinese papers on January 24, nobody knew anything.

Then the news started – in drips and drabs.

Oh the two scholars, obviously not gentlemen, were arrested for serious personal misconduct.

Oh they are out on bail.

Oh both were “interdicted” from their duties and their deputies have taken over.

Oh it was about women and money.

No it was about graft and a woman from an American IT multinational corporation is involved.

Too bad dad is in his 80’s and is happily retired, spending his time scratching his balls, drinking tea with friends and reading Chinese classics and traveling the world, otherwise those clowns in the Singapore government should engage him to teach them how to implement crisis management and damage control.

I know what dad would say, “Rule Number One: Never treat your citizens like they are idiots. Never practice Mushroom Management.”

Huh? Mushroom Management, what the fuck is that?

“Oh,” dad would say, “it means ‘keep them in the dark and feed them bullshit.’”