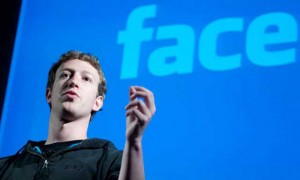 You lose face but he gains wealth.

Facebook, estimated to be worth as much as US$125 billion at the time I wrote this, has filed for IPO. But unlike other big-ticket corporations, it doesn’t have an inventory of hardware. Facebook’s inventory consists of personal data – yours.

When Max Schrems of Vienna, Austria sent a formal request to Facebook citing European law and asking for a copy of every piece of personal information that the world’s largest social network had collected on him he received a CD with all his data stored on it – 1,222 files in all. The collection of PDF format documents was roughly the length Leo Tolstoy’s War and Peace but told a more mundane story – complete records of when Schrems logged in and out of the social network, the times and content of sent and received messages and an accounting of every person and thing he’s ever liked, posted, poked, friended or recorded. The archive captured friend requests, former or alternative names and email addresses, employment and relationship statuses and photos, in some cases with their GPS locations included, to name a few. To Schrems’ dismay, much of the data he received from the network was information he thought he had deleted.

Why would Facebook delete those data when it makes money by selling ad space to companies that want to reach you? Advertisers choose key words or details – like relationship status, location, activities, favorite books and employment – and then Facebook runs the ads for the targeted subset of its 845 million users. The law here does not protect you.

More insidiously, Lori Andrews, a law professor at Chicago-Kent College of Law and the author of I Know Who You Are and I Saw What You Did: Social Networks and the Death of Privacy says the bits and bytes about your life can easily be used against you. Whether you can obtain a job, credit or insurance can be based on your digital doppelgänger – and you may never know why you’ve been turned down.

Material mined online has been used against people battling for child custody or defending themselves in criminal cases. LexisNexis has a product called Accurint for Law Enforcement, which gives government agents information about what people do on social networks. The Internal Revenue Service searches Facebook and MySpace for evidence of tax evaders’ income and whereabouts, and United States Citizenship and Immigration Services has been known to scrutinize photos and posts to confirm family relationships or weed out sham marriages. Employers sometimes decide whether to hire people based on their online profiles, with one study indicating that 70 percent of recruiters and human resource professionals in the United States have rejected candidates based on data found online. A company called Spokeo gathers online data for employers, the public and anyone else who wants it. The company even posts ads urging “HR Recruiters — Click Here Now!” and asking women to submit their boyfriends’ e-mail addresses for an analysis of their online photos and activities to learn “Is He Cheating on You?”

According to Prof Andrews, stereotyping is alive and well in data aggregation. Your application for credit could be declined not on the basis of your own finances or credit history, but on the basis of aggregate data – what other people whose likes and dislikes are similar to yours have done. If guitar players or divorcing couples are more likely to renege on their credit card bills, then the fact that you’ve looked at guitar ads or sent an e-mail to a divorce lawyer might cause a data aggregator to classify you as less credit-worthy. When an Atlanta man returned from his honeymoon, he found that his credit limit had been lowered to $3,800/- from $10,800/-. The switch was not based on anything he had done but on aggregate data. A letter from the company told him, “Other customers who have used their card at establishments where you recently shopped have a poor repayment history with American Express.”

Even though laws allow people to challenge false information in credit reports, there are no laws that require data aggregators to reveal what they know about you. “If I’ve Googled ‘diabetes’ for a friend or ‘date rape drugs’ for a mystery I’m writing, data aggregators assume those searches reflect my own health and proclivities. Because no laws regulate what types of data these aggregators can collect, they make their own rules,” says Prof Andrews.

Prof Andrews also reveals that in 2007 and 2008, the online advertising company NebuAd contracted with six Internet service providers to install hardware on their networks that monitored users’ Internet activities and transmitted that data to NebuAd’s servers for analysis and use in marketing. For an average of six months, NebuAd copied every e-mail, Web search or purchase that some 400,000 people sent over the Internet.

According to Prof Andrews, in the 1970s, a professor of communication studies at Northwestern University named John McKnight popularized the term “redlining” to describe the failure of banks, insurers and other institutions to offer their services to inner city neighborhoods. The term came from the practice of bank officials who drew a red line on a map to indicate where they wouldn’t invest. But use of the term expanded to cover a wide array of racially discriminatory practices, such as not offering home loans to African-Americans, even those who were wealthy or middle class.

Now the map used in redlining is not a geographic map, but the map of your travels across the Web. The term Weblining describes the practice of denying people opportunities based on their digital selves. You might be refused health insurance based on a Google search you did about a medical condition. You might be shown a credit card with a lower credit limit, not because of your credit history, but because of your race, sex or ZIP code or the types of Web sites you visit.

Facebook may have more than 800 million active users but lots of my friends – the smarter ones at least – have quit it. Other than a rather time-consuming distraction, privacy-related concerns are the main reasons why they quit.

And if you think Twitter is safer, think again.

Twitter allows you to commit verbal diarrhea online, a tweet is a thought burped up, often without serious consideration, for all the world to see. I know enough people who have gotten into trouble for tweeting their spontaneous thoughts. The latest victim is CNN’s Roland Martin whose recent tweet about David Beckham was interpreted as anti-gay, resulting in his suspension by CNN.

As well, I find it rather annoying to be with someone who’s constantly tweeting away, 0r updating his Facebook. It’s just plain rude too. 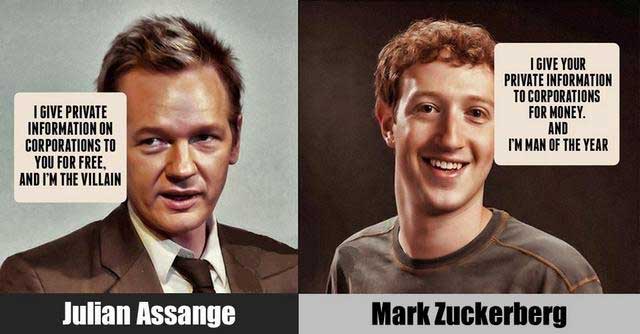