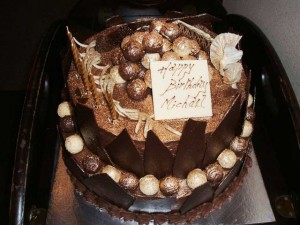 Today is my 55th birthday.

It is also Ash Wednesday, the beginning of Lent, a time of reflection.

I have been teased by many who think that 55 being the age when one can “take out” one’s CPF, I’ll soon be drowning in cash.

I only started having CPF contributions very late in my life.

(CPF or Central Provident Fund is the Singapore government-initiated pension fund to which both employers and employees contribute.)

Stage One of my life was spent working as a news correspondent of an international news agency focusing on human rights violations in communist lands – zero CPF.

Stage Two of my life was spent in consulting engagements all over the world and the first half of that stage was with a company that didn’t pay CPF.

It was only in the second half of that stage of my life – nearly two decades ago – when I started seeing CPF contributions.

Most people my age have amassed a fortune in CPF money.

I still have debts to pay – financial as well as emotional debts.

Whatever it is, I believe I am in Stage Three of my life now.

Stage One: hunter-gatherer and tentmaker, starting and raising a family.

Stage Three: the next season of my life, re-calibrating my pace, eliminating morons from my life – I don’t want to waste time with some people, such as those who NEVER get the point in any discussion or say the wrong things all the time – focusing on my passions, not majoring on minors, while remembering that “simplicity is strength.”

I have found my platform and equilibrium for enduring impact and I know what my desired future state is.

Notice I did not state anything like “the pursuit of happiness” because as Henry David Thoreau once said “Happiness is like a butterfly: the more you chase it, the more it will elude you, but if you turn your attention to other things, it will come and sit softly on your shoulder.” That has been true in my life thus far. I’ve never had to make any special effort to seek happiness.

I am not bragging here but at every stage of my life I have made significant contributions to the lives of others, while being rewarded at the same time. I didn’t have to wait till second half.

At Stage One, I touched lives. Lots of lives. Lives have changed for the better because of me.

At Stage Two, I saved billions for companies worldwide. While doing that, I believe I was also a blessing to many.

And now at Stage Three, I believe it’s time I turn to myself.

Don’t get me wrong, I’ve absolutely enjoyed myself every step of the way in Stage One and Stage Two.

It’s just that at Stage Three, I’m going to focus more on myself.

Honestly, I think I deserve it.

I no longer worry about a roof over my head, I’m no longer crawling on the floor or running around as a young father chasing children who are still toddlers, I’m no longer that young exec afraid of losing my job or offending a superior. I no longer have to jump through hoops of fire just to do what I have been hired to do. I don’t give a rat’s ass about having to follow “processes” because now I am the owner of my own practice. I no longer have to tolerate backstabbing colleagues, uncaring bosses who are more concerned about protecting their own jobs or idiotic and unreasonable clients.

With three earned postgraduate advanced academic degrees, seven books to my credit – and at least two more in the works in the immediate future – plus thousands of people who can vouch for the work I do, I think I’m in a good position to be nicer to myself from now on.

Today I get paid for what I’m worth.

Let me tell you, the satisfaction of a client telling you “I’ll pay you 10k a day because I can’t afford to pay you 15k” is better than sex.

Last year, when I left a globally integrated corporation I was with for over ten years to go into private practice, I was asked how much I charge.

I countered by asking my first client “How much do you think I’m worth?”

And that’s what he told me.

And that’s what I charge now.

In one month I make what some people make in a year.

With one speech, I make what some people make in a month.

Timothy Ferriss wrote The 4–Hour Workweek but nah it doesn’t apply to me. I just need to give one speech a week. It’s a one-hour workweek for me sometimes!

Confucius said “Choose a job you love, and you will never have to work a day in your life.”

Many of you reading this will think that I’m blowing my own trumpet and that I am gloating.

Don’t get me wrong. I am not claiming to be a hot shot. And I’m not trying to make anyone feel bad. I’m trying to tell you that you can do it too if you have something people want and are willing to pay you for that something. They are willing to pay good money for my tacit knowledge, subject matter expertise, skills, competence and experience.

No, I’m no superhero nor am I a saint. I have made many stupid mistakes in the past, offended enough people and stepped on quite some toes. My bad. Mea maxima culpa.

And trust me; I have my fair share of regrets and what-ifs. Yes, you can trust me on that one. As Frank Sinatra crooned, “regrets I’ve had a few.”

I often feel extremely sad and lonely. Yes, in this increasingly overpopulated island of ours, I sometimes feel I’m the only soul in the wilderness.

It’s been a long haul and an extraordinary journey.

Yes I may have traveled far along the highway of life, but it is not without a heavy price.

That’s why Stage Three is going to be about me.

I will only do things I am passionate about, I will eliminate clutter from my life, I will manage my expectations and I will try to be kinder to my badly-abused body. I will work only when I want to, because I know I don’t have to and I will choose who I work with. Plus I will be a grand father in May, so that’s going to be another interesting dimension in my life! Am really looking forward to it!

Seriously, nothing is more satisfying than being able to tell a client who is willing to pay you three times what you charge to fuck off simply because you don’t like his face.

Honestly I have enough of unprofessional clients. They can go to hell.

Talking about clients, PT Prudential Life Assurance comes to mind. Initially when I heard “Life Assurance” all kinds of alarm bells starting ringing in my head – I have lots of reservations about people in the insurance business – but silly old me chose to ignore the warning signs and only have myself to blame for the resulting angst. You see, last November I was contacted by someone named Nicole Ngeow, PT Prudential Life Assurance’s Conventions and Events person, to facilitate an executive workshop for their senior management. After that, dates and locations started changing nonstop.  Finally it was scheduled for February 22 (today) in Bali and I was told to submit a high level proposal. Next, on January 12 a teleconference was arranged for William Kuan, its President Director and CEO to speak with me. It was a great call – friendly and upbeat, ending on a very positive note. At the end of the call, I was told to submit yet another write-up based on the teleconversation. I was given the impression that the job was mine but that they are “very bureaucratic and it has to go through HR, etc.” Those were the exact words of the CEO. I felt good, though I did wonder why the CEO has to go through HR to appoint a consultant. Don’t HR departments report to CEOs? (Believe me, I’ve seen some strange practices.) Anyhow, I went away with the impression that I’ve got the deal. After decades of dealing with C-level execs, surely I couldn’t have misread – or misheard – him. And, come on, I have a Master’s degree in Communications, for crying out loud.

But after that call – total silence. Ok, maybe it was the forthcoming Chinese New Year period and all. But when the festivities were over, there was still a loud, prolonged silence. So on January 30 I emailed the CEO to find out the status. He did not even bother to reply, instead forwarding my email to Nicole Ngeow, the Conventions and Events person who replied, saying that they’ve decided to use someone else instead. They’ve decided to use an academic instead of me, a practitioner with proven track record and a guarantee that my clients have unlimited email and phone access to me post workshop.

I should not have ignored my instincts initially. The thing is, since that teleconference, and throughout the Chinese New Year holidays, I’ve been burning the midnight oil, doing research, creating PowerPoint charts, and writing up case studies, even ordering supplies for the workshop. And I won’t be paid a cent for this now. I know, I know, I should have gotten a firm green light before lifting a finger to do anything. My mistake. Once again, I’ve made an absolute fool of myself. Honestly, at my age and with my experience, I should have known better.

But, do you think I’ll ever want to do work with PT Prudential Life Assurance in the future? Not in a million years! Imagine if I’ve not checked, I would still be waiting like a bloody fool.

I should have trusted my gut feel right from the beginning.

But thanks to the likes of Nicole Ngeow and William Kuan, I’m able to celebrate my 55th birthday with family and loved ones at home today.

Well, at least there’s something positive about the whole sorry episode.