Being Queen of Mean 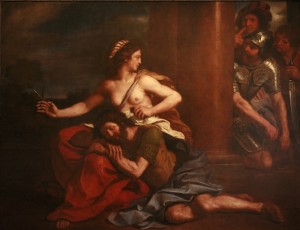 Today is International Women’s Day and despite how far women have come, some still feel it is absolutely necessary for such a day.

True, women have suffered much over the ages simply because they were women – they were enslaved, traded, abused, burned, discriminated against, and some were even killed before they were allowed to be born.

However, today’s women, especially in modern societies, have much to be thankful for. Women occupy senior positions in government and in corporations and are mostly judged on their merit rather than on their gender.

I have worked with several women bosses in my life. One or two were megalomaniacal alpha bitches – including a rather diabolical one – but the rest were so-so only.

Of them all, Chay Leng was the only one who was neither an alpha bitch nor a so-so boss. She was the best. She was quite human and humane and left me with the best impression.

The key is to be a good person. Never mind your gender. It is when you are consciously or even subconsciously Machiavellian of the fact that you are a female or a male when things start to get really ugly.

Opening your legs to seduce male clients into giving you a sale, acting cute or pouting away like a little girl in the hope that you’ll get your way or acting manja (coquettish) so that you’ll be well liked – these are juvenile tactics that are instant turnoffs. On the other extreme are women who think that to be successful they must be more manly than man. (We used to joke that one of our country general managers must be a man in drag. She’s manlier than any one of us.)

No less obnoxious is the insecure woman who is revengeful (hell hath no fury like a woman scorned), or are control freaks who are excessively paranoid, possessive and suspicious or those who overestimate their own abilities, suffer from delusions of grandeur, or think they can do no wrong, those who can’t drive without spewing vitriol at other drivers or those who overreact at the slightest excuse.

People remember when psychoneurotic women go apeshit (some have a field day when you do), so please pull yourself the fuck together.

To my fellowmen, may the good Lord have mercy on you if there’s a woman in your life with all those characteristics.

Sure it takes two to clap, if we men can learn to keep our libido in check, and refuse to budge in the face of the oldest tricks in the world, then those scheming, sneaky, conniving women, not being able to get the responses they desire, will learn to operate like regular human beings sans trickery and deceit.

This is when we would have truly emerged as a civilized, first world society. This is when being in the company of women can be rather enjoyable.

Then, every day can be International Women’s Day.