Proliferation of Sex Crimes Disturbing; Here’s What to Do 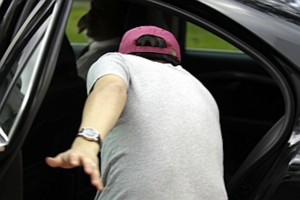 A pervert pretended to be a doctor and tricked a nine-year-old girl into performing oral sex on him. The police disclosed that he has molested several other young girls. He was jailed 12 years but spared the cane because of his age. (Men 50 and above escape the rotan.)

A real doctor – that’s the nutcase in the picture above – cross-dressed as a junior college student, lifted up his skirt and exposed himself to a teenage girl.

“Man had sex with wife’s sister, 12,” screamed the headline in yesterday’s papers.

“Man jailed 10 months for having sex with minor,” screamed yet another headline yesterday.

And the day before, “’Model teacher’ sexually abused three pupils.”

Not the first time someone from the education sector was involved in sexual misconduct though.

These sex crimes, which I consider among the most heinous of all crimes – reported in the last few days in the local press – are disturbing. And what’s worrying is that we seem to be hearing more and more about such crimes being committed. More resources should be committed to educate the young and innocent among us, instead of beaming unsolicited anti shisha smoking MMS into people’s phones.

Parents, make an effort to know the people with whom your child is spending time.

Teach your kids about their bodies, give them the correct language to use when describing their private parts. Emphasize that those parts are private.

Tell your kids that it is not right for adults to engage children in sexual activities.

Pay attention if your kids tell you that they do not want to be with someone or go somewhere. This may be an indication of more than a personality conflict or lack of interest.

Be wary when someone shows one or all of your kids a great deal of attention or begins giving them gifts. Find out why the person is acting this way. Lots of sex crimes are committed by people known to your kids.

Be sensitive to any changes in your kids’ behavior or attitude. Look for and listen to cues and clues that something may be troubling them, because children are not always comfortable disclosing disturbing events or feelings.

Teach your kids that they have the right to say “NO” to any unwelcome, uncomfortable, or confusing touch or actions by others. Teach them to tell you immediately if this happens. Children may worry about your reaction to their revelations. Reassure them that it is ok to tell you anything.

Stress to them that they can always talk to you if they have been hurt or scared (regardless of the circumstances surrounding the incident).

Encourage your kids to trust her or his instincts and if a situation makes him or her uneasy, to get out of it immediately.

Remind your kids to avoid lonely places and shortcuts, to be vigilant but to avoid eye contact with strangers.

Send your kids for martial arts training or self-defence classes.

Pepper spray, mace, stun guns are all illegal in Singapore, but you can always improvise – a small spray-can of Shelltox insecticide, or even a good old fashioned can of Helene Curtis hairspray when sprayed into the eyes can debilitate momentarily. Enough time for your kid to scream as loud as possible and flee. A pair of drafting dividers (they are like compasses, but with two sharp points) may come in handy too. So would a steel rule.

If your teenager dabbles in social media, make sure he or she doesn’t choose a nick name that may invite predators – like “Lonely&Bored” or “ParentsSuck” – and make sure that no personal details or photographs are made available publicly.

If you are suspicious of anyone – and I mean anyone – do not hesitate to report to the authorities immediately.

Because the law wants to protect the innocent, often victims of sex crimes cannot be named. However, often those who preyed on them are also not named because naming them would mean divulging the identities of the victims inevitably. This is a Catch-22 situation. Lawmakers must look at ways and means to name and shame the predators.

Publish a national registry of prior sexual offenders listing their updated addresses and where they work. Some other countries already do this.

As for pedophiles, rapists, molesters, flashers and voyeurs, etc how should we deal with these sick lowlifes, these dregs of society?

This is what I advocate:

Next, mandatory public caning to the fullest extent of the law, regardless of age.

Third, mandatory castration, either chemical or physical, preferably physical. Again, some countries already do this.

I don’t believe in counseling or rehabilitation for these perverts.

We need to incapacitate and lock these depraved scumbags away forever.

Remember, pedophiles, rapists, molesters, flashers and voyeurs are NOT the victims, no matter what stories their defence lawyers tell.