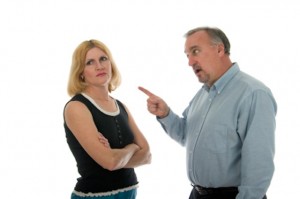 My cue card says you'll need to let me feel your G-spot next! Voilà!

Acting Minister for Community Development, Youth and Sports, Chan Chun Sing announced at Marriage Convention 2012 recently that Marriage Central – a National Family Council initiative – has launched a course kit that includes cue cards to “get couples to open up and better understand each other.”

Isn’t this pathetic? Has the state of marriage in Singapore come down to this? Does the kee chiu major general who is in our face all the time nowadays  – perhaps as part of the media campaign to make him more likeable since it is widely believed that this “blue-eyed boy” is likely to be a future prime minister, and since he had such a unimpressive start as a fuddite when first introduced to the public for the first time in the last elections (remember his comical “in the last 20 years, there were many occasions when we had to stand our ground and stare down the competition” comments?) – really believe that cue cards produced by American “relationship specialists” who have values that are decidedly different from those of ours would work? (By the way one of their books is entitled Single Men are Like Waffles, Single Women are Like Spaghetti.)

Is this how we run things? By cue cards?

Sure, give me a pack of cue cards to teach me how to pay my (increased) electricity bill.

And another to teach me how to eat waffles and spaghetti.