To Err is Human, But it’ll get you Public Praise 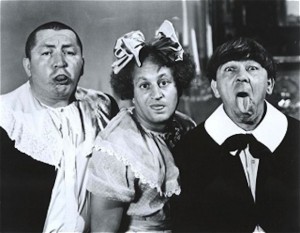 An error by a lab manager resulted in the retesting of more than 2,000 DNA samples from 87 court cases.

But “no further action against officer who made error” screamed yesterday’s headlines.

The culprit who wrongly mixed the reagent used for testing DNA samples will not be penalized further.

The long-time employee of the HSA (Health Sciences Authority), a statutory board under the Health Ministry, has already been served a letter of warning.

She deserves commendation for owning up to the mistake promptly, said Singapore Academy of Law chief executive Serene Wee, who headed a committee set up to look into the HSA’s procedures and whether further action was needed against the manager.

HSA chairman John Wong said he was heartened that the committee recommended no further disciplinary action against the manager, and that it cited her “commendable professionalism” in quickly reporting the mistake. He described her action as “reflective of the integrity that we place so much value on within the organization.”

HSA’s chief executive John Lim said: “The HSA… regards the robustness of its testing responsibilities as critical. Ensuring public trust in its test results and decisions is paramount.” He added that the incident provided “important learning points” which the HSA will use to strengthen its processes.

What the fuck is happening here? Petty officials are on the prowl since 2007 catching people who smoke at the wrong places, since 2007 a total of 24,213 tickets were issued – sure these smokers need to be dealt with – but here is a case that could jeopardize outcomes of court cases and the guilty party not only got away but was praised publicly for her “commendable professionalism.”

It is one thing to be forgiving but a light slap on the wrist for an error of this magntitude and phrases like “deserves commendation” and “commendable professionalism” and “reflective of the integrity” and “learning points” tell me something is very very warped here. Carry on like this and we’ll all go to hell in a handbasket.

No one should be commended for admitting mistakes. What next? Give her a big cash reward for doing so? Why was this person allowed to get off so lightly when the rest of us often have to pay dearly for minor infractions? For a moment I thought the culprit discovered cold fusion or something!

If all HSA is able to do is to issue a warning letter, if its hands are tied somehow, then it should relook at its HR policies and practices.

So what’s the learning point here? That now anyone who makes a mistake should sweep it under the carpet and then reap public praise when he or she owns up?

If I were the health minister this person’s head would roll and so would that of the three stooges Serene Wee, John Wong and John Lim.