Bite Not the Hand that Feeds You 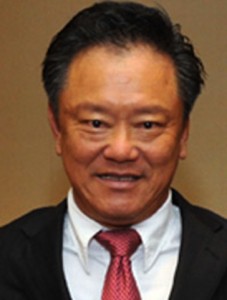 The gentleman shown above is none other than the founder of the Hotel 81 budget hotel chain, Choo Chong Ngen.

He has just donated S$2 million to the NTU (Nanyang Technological University) to help needy students.

NTU said in a statement earlier this week that Choo was thankful for his daughter’s education at NTU and decided to make a donation to her alma mater to mark his 60th birthday.

A very self-righteous friend of mine who doesn’t consume shark fin soup and who goes down on his knees and give thanks to God every time before he copulates with his wife phoned me with the news. He was hopping mad. “You know what kind of hotel Hotel 81 is right? Short-term stays right? Fuck shops right? How can NTU accept this scumbag’s money?” He was indignant. “This is too much, man,” he went on and on, “this kind of dirty money cannot accept mah.”

I told him to calm down.

I don’t have a problem with donations from a source that is suspected to be ethically dubious, or whose nature of business seems inconsistent with the aims of the receiving organization.

Salvation Army founder General Booth had no doubt that the good that would be done with dubious funds outweighed any wrong in accepting such a donation. He is alleged to have said “I shall take all the money I can get, and I shall wash it clean with the grateful tears of widows and orphans.”

We should all be grateful and thank Mr Choo for his generosity. Two million bucks could go a long way to help the poor and needy.