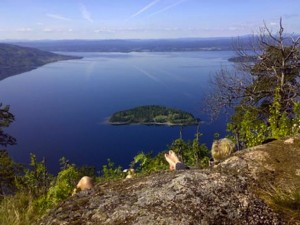 Utoya will never be the same again.

Norwegians who lost loved ones on Utoya island gasped and sobbed last Friday as far-right fanatic Anders Behring Breivik described – on day five of his trial – emotionlessly and in harrowing bullet-by-bullet detail how he cold-bloodedly gunned down teenagers as they fled in panic or froze before him, paralyzed with fear.

The shithead told how some of the teenagers he killed were so paralyzed with fear that he had time to reload his rifle before shooting them. He’d never seen such a thing, he said – not even on TV.

(The nutcase made it a point to do a clenched-fist fascist salute before giving his testimony.)

He killed a total of 77 innocent people.

I believe there is a very special place in hell for mass murderers like Breivik.

I believe that God will deal with him. But I pray that the courts in Norway will make it easy for Breivik to make his appointment with God.

This looney needs to be whacked real good and proper.