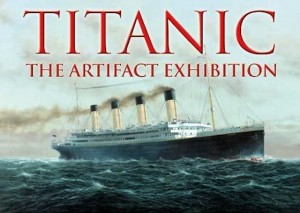 100 years after the sinking of the Titanic and the world is still obsessed with it.

People’s continuous fascination with a sunk ocean liner causes me to sputter with stupefaction.

It must be the only disaster in history that is commemorated globally.

Enough books have been written about it and enough movies have been made about it.

It may not be true that the three most written-about subjects of all time are Jesus, the American Civil War, and the Titanic, as one historian has put it, but it’s not much of an exaggeration.

The inexhaustible interest suggests that the Titanic’s story taps a vein much deeper than the morbid fascination that has attached to other disasters.

Unlike other disasters, the Titanic seems to be about something. But what?

The Titanic was thought to be unsinkable.

Well that turned out to be a myth, right?

The Titanic received a series of warnings from other ships of drifting ice in the area of the Grand Banks of Newfoundland. Nonetheless the ship continued to steam at full speed. It was generally believed that ice posed little danger to it and the captain himself had declared that he could not “imagine any condition which would cause a ship to founder. Modern shipbuilding has gone beyond that.”

Well, it was eventually sunk by the ice, didn’t it? What more on it’s maiden voyage!

Today, exhibitions are held everywhere, and restaurants even try to recreate the menu of Titanic’s last dinner. What the heck!

Visitors to the exhibition in Singapore receive replica boarding passes and get to place their palms on an “ice wall” where they can experience the “biting cold that passengers experienced on the night of the sinking.”

I hope the ArtScience Museum, the organizer of Titanic: The Artifact Exhibition here in Singapore will never hold an exhibition on Auschwitz.

Given it’s track record with the Titanic exhibition, it will probably make light of the innocent millions executed in gas chambers there.

Still obsessing over the Titanic after all these years?

It’s been a hundred years, for goodness’ sake. And while the Titanic was a so-called Olympic-class vessel, it wasn’t the only one at that time. And there have been bigger and nicer ships since. The 16-deck Allure of the Seas, for example, is 124 feet taller than the Eiffel Tower and 5.11 times longer than a Boeing 747 Jetliner!

Yes, people have died. Sure many on board were the über wealthy who wanted to be on that luxury liner though there were also many poor souls crammed in the cattle pens below.

So people died. Rich or poor, they died.

Why go apeshit over the a lousy ship loaded with fat cats that sank?

I would rather hold a memorial to remember the millions who perished at Auschwitz than to commemorate the sinking of a luxury liner.

I’ve visited the Yad Vashem Holocaust History Museum in Jerusalem and I wish more could be done globally to remind us of the millions of innocent Jews who have perished under Hitler rather than spending all that money and resources remembering the shitty Titanic.