The Itch and The Bitch 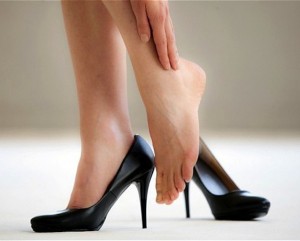 All set to play Footsie.

It started out as a tiny tickle, like a quick brush of a feather’s tip.

Then it happened again, a quick flicker.

This time it lingered on for a wee bit longer.

Something seemed to be growing, the itch was developing.

A combination of a tickle and a feeling of vulnerability, as if a raw nerve has been accidentally touched.

Then a sharp stinging sensation of pain, a quick stab actually.

Following by a tingling that lingered. It got itchier.

The temptation to reach out and scratch was so great.

But how could I? In public?

When the spot is at an awkward place.

Oh how I wanted to reach out and give it a good scratch, a deep press with a fingernail would fix it, but I couldn’t.

Oh darn it, this was getting worse.

Mother of all itches.

At least a 9 on the itch Richter scale.

In fact, this was really getting rather bad.

And the spot seemed to have grown.

I couldn’t see it but I was quite sure what was smaller than a mosquito bite was now developing into a huge, mole-like monstrosity.

At least that was the way it seemed to feel.

Oh no it has taken on a life of its own.

If only I could scratch it, the satisfaction would be so total.

But in the middle of a meal, with a client, I would only squirm in my chair.

“Anything the matter?” she looked up from her food and asked, “Are you okay?”

I must have an inscrutably “interesting” facial expression by then.

“I think something bit me,” I stammered, “some ant maybe.” Oh well, might as well let it out.

“Oh where?” She seemed genuinely concerned.

“Oh you don’t want to know,” I responded and made an attempt to smile. And I shifted my rear end.

“The food here’s not bad, huh?” I changed the subject.

Then in the middle of this whole episode, to my utter befuddlement, for some strange impossible-to-explain reason, something else took on a life of its own.

She tittered, then asked “Is that a gun in your pocket or are you happy to see me?”

“You are having a hard-on,” she looked me in the eyes and declared, a tad too loud, if I may say so, as if she was the one who made it happen.

(She probably did anyway.)

“An ERECTION,” she reiterated. And an eyebrow went up. Her facial expression said “naughty, naughty” – the expression you would use if you chance upon your child with his hand in the cookie jar.

“What, nah, that’s just air and space in my pants,” I managed to struggle to say as I tried to push it down.

Whatever rose to the occasion involuntarily has taken on a life of its own and has decided to remain risen.

“Yeah, sure,” she reassured, “come on, you don’t have to blush, a hard man is good to find. And look, if you want to go away for a quick weekend break once in a while, I just want you to know, I’m kinda game for anything k. I’m free and easy. I’ll even buy my own air ticket. I’m low maintenance. I won’t be parasitic.”

But the moment she said that, it died.

Hardly a weapon of mass destruction.

Hardly a weapon at all.

If anything, a dead weapon.

Shit, at my age, I was being propositioned by a young chick.

I am a grandfather already for goodness’ sake!

“Why are you so quiet? What are you thinking of? A penny for your thoughts. Hello?!” she wouldn’t stop.

The lady doth protest too much, methinks.

I said “No big deal seriously, I think something bit me on my behind and the itch immobilized me momentarily. Nothing to worry about really.”

She looked at me with an expression of compassion and let her words out so slowly “I know the feeling, big guy, the unscratchable itch right? Deep down inside somewhere. I’ve been suffering from such as itch for years. Maybe we can help each other put it out? Relieve each other of our respective itches?” She giggled childishly. All this time, she move one dainty foot out of a shoe and caressed one of my ankles with her toes.

I felt I was being toyed with.

What did she want? My CPF? She’ll be sorely disappointed if she knew how much or how little, rather, I have in my CPF.

She looking for a sugar daddy? She got the wrong guy. Look elsewhere, girl!

I was getting more and more nervous. Perspiration was beginning to form on my forehead.

It was meant to be quick business lunch to show my appreciation for her support and for passing business my way.

Now it has deteriorated to this and what was killing me was that while trying to suppress the itch and trying hard to wish it away while appearing professional and keeping a straight face at the same time, my mind was assaulted with horrendous sordid images of me doing really bad things to her. There was even background sound effect of some pounding, rhythmic music accompanied by sounds of moaning and groaning. I could feel a headache coming.

“You know something?” she asked.

“What?” I responded, suddenly jerked out of fantasyland, transported back to reality.

“Stop saying ‘What’!” she exclaimed.

I could feel the heat on my face as I ventured some feeble attempts at damage control.

“You guys think you are strong and all,” she continued to intone, seductive eyes teasing me, looking at me all over, looking at me appraisingly like a butcher examining a piece of meat before chopping it “but we women are power crazy, we can reduce you guys to a quivering jelly, whether you are captains of industry, politicians, CEOs of public listed companies or small fries like you, men are all the same, we women can easily make you eat out of our hands, like little puppies you know?”

Her attitude was beginning to grate.

“Maybe you’re right,” I said loudly and authoritatively although it came out more like a squeak. (It’s time to fight back. Enough insults, damn it!)

“Who’s my daddy?” she retorted, “you should know, uncle, he went to school with you.”