A Grateful Heart is the Beginning of Greatness 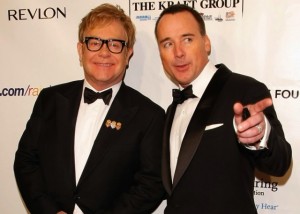 He pushed my stool in for me.

Number One: I am grateful for those retards who send emails with no content. These turd-brains simply type their message on the line where the subject of their email ought to be. This trend is becoming popular. I detest it. It’s bad manners, goes against all the rules of etiquette and is a waste of bandwidth. I am thankful for people who practice this shitty habit because I immediately filter their emails into trash. So now, even if I get an empty email – it’s a pain to click on an email to find no content – with a subject heading that says “Idiot who crashed Ferrari rose from the dead” I will absolutely not get to read it because either I will NOT open it or that email has already been filtered into my trash bin to be deleted because its sender is guilty of similar behavior once before, i.e. writing an email like a tweet or a text message on the line where the email subject ought to be. THE SUBJECT SHOULDN’T BE THE MESSAGE, GET IT YOU MORONS???!!! But I’m grateful these idiots exist because it means I have less emails to deal with now.

Number Two: I am grateful that Barack Obama has just become the first sitting US president to openly endorse gay marriage. Well, anything to get a couple more votes, I guess. Anyway we now know where he stands. We now know what kind of a person he is. I like it when people make their positions clear. It helps me relate to them accordingly. For example, if you have promised to travel somewhere with me but have decided in the end to go with someone else instead – whatever the reason, real or bullshit – I now know my place in your life and from now on, I will know what to do accordingly. So it’s good that Obama has finally come out and declare that he supports gay marriage. Well, at least he has made his position clear.  I really hate sneaky, lying types and hypocrites who say one thing and do something else. I am reminded of our MPs, many of whom claimed to be Christians or at least morally upright individuals, many of whom claimed to be against the idea of having casinos in Singapore but none of whom had the balls to stand up and do something to stop the casinos from being built here. Instead these wusses have chosen to keep their mouths shut and to keep a straight face and opted to refer to casinos as “integrated resorts.” Then they launched anti-gambling campaigns. What a bunch of frigging hypocrites, if you ask me.

Back to Obama and his stand on gay marriage, of course his political rival Mitt Romney immediately came out to oppose it. Like I said, anything to win votes. Anything to stay in office. Both decisions were politically motivated. Honestly, I had expected more of Obama but what the heck; I was born and bred in this glorious country called Singapore and disappointment is my middle name, so fuck it.

Just for the record, I have nothing against same-sex marriage myself. Appalled? You shouldn’t be. The truth of the matter is that I believe in liberty and free choice (read: freedom) for all. If you are a man and you want to marry another man, who am I to stop you? If you are a woman and you want to marry a woman, again, who am I to stop you? If you want to go against nature and are ultimately prepared to face the consequences, whatever they may be, by all means, be my guest. Anyway, why should heterosexuals like the rest of us be the only ones to suffer from the shackles of marriage? Ha ha! But seriously if one group can keep another from marrying, what determines that they can’t keep me from smoking my pipe or cigars or drinking my single malt or cognac or worse, for consuming shark fin or foie gras or artery-clogging butter? Last time I checked, the freedom to make decisions is a basic human right. And if I’m allowed to believe what I believe, to live my life my way, then they should be allowed to live the way they want to, even if they want to appear utterly ridiculous, especially in our conservative Asian society. After all, at the end of the day, they, not me, would be answerable for every decision they’ve made and would reap whatever they’ve sown. BF Skinner has said that people learn from the consequences of their actions and I totally agree with him.

I’m NOT saying that I support same-sex marriage. I’m just saying what can I do if two men decide they want to get married to each other or if two women decide they want to get married to each other? Personally I firmly believe that marriage is between a man and a woman only. God created Adam and Eve, not Adam and Steve. The Bible states clearly that homosexuality is an “abomination” unto the Lord. It is vile in the eyes of the Lord. By the way I know of no religion in the world that condones homosexuality. As a matter of fact in at least five countries today, homosexuality is still a crime punishable by death. My personal belief is that homosexuality is NOT the normal order of things.

But I’m not about to foist my beliefs on others. It’s their lives. People get to make their choices, as I do mine. And I’m not about to end friendships with them or treat them like pariahs because they made a different choice than I did. That’s bullshit. I accept them as they are, and expect them to accept me as I am. This is the meaning of liberty. This is the meaning of freedom. Besides, what kind of idiot expects people to live acetic lives or mope around like the Amish? Hello, it’s the real world out there for goodness’ sake. Do you stop being friends with someone because he has broken a promise, or is rude to taxi drivers, or whatever? Those are “sins” too, you know. Why do you look at the speck of sawdust in your brother’s eye and pay no attention to the plank in your own eye?