Make Up Your Minds Before I Croak! 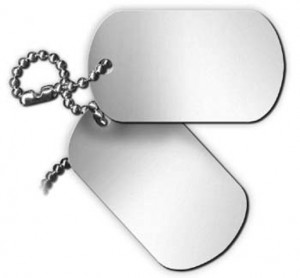 These could save your life.

Many were curious why victims of that Ferrari accident weren’t sent to the nearest hospital, which in this case would be Raffles Hospital.

In response to one such query, this letter was published in The Straits Times on May 21:

Madam Shirley Woon asked why the victims in the recent three-way Bugis crash were not taken to Raffles Hospital, but to the Singapore General Hospital (SGH) and Tan Tock Seng Hospital (TTSH), which are farther away (‘Why weren’t crash victims taken to nearest hospital?’; last Tuesday).

For severe and multiple trauma patients, the Singapore Civil Defence Force (SCDF) emergency ambulance will take them to the nearest accident and emergency department that is equipped to deal with such complexities of care.

In the accident referred to by Madam Woon, while Raffles Hospital is located close to the accident site, it is not equipped to deal with multiple trauma cases, and thus the SCDF had to take the patients to SGH and TTSH, which were the nearest fully equipped facilities to deal with such emergencies.

But on May 24, Raffles Hospital itself responded thus:

It is an established procedure that Singapore Civil Defence Force (SCDF) 995 ambulances currently take patients only to designated public hospitals (‘Raffles Hospital not for multiple trauma cases’ by the Ministry of Health and SCDF, Monday; in reply to ‘Why weren’t crash victims taken to nearest hospital?’ by Madam Shirley Woon, May 15).

This was explained by the ministry and SCDF in last Saturday’s report in The New Paper (‘Why victims not sent to nearer hospital?’).

However, Raffles Hospital receives emergency cases on a daily basis brought in by private ambulances and vehicles, and air ambulances.

Such emergency cases include victims of industrial and construction accidents, as well as overseas patients with traumatic injuries evacuated to the hospital by medical assistance and evacuation companies.

We manage such trauma cases as a matter of normal and regular practice.

In the past several years, our 24-hour emergency centre has received and treated casualties of road traffic accidents that had occurred in the vicinity of the hospital, and who were brought in by passers-by.

Such patients are resuscitated and stabilised by the duty doctors, and admitted for surgery or procedures and further treatment as required.

Our priority in all such circumstances is always to put the patients’ needs first and to save lives.

I hate it when people hem and haw and mindfuck you. One moment this, one moment that. What IS the story here? Some people can’t even tell a lie convincingly. These sneaky fuckwits should get their act together. In the meantime, I suggest we all wear a large dog tag that says “Take me to the RIGHT hospital in case of accident. MY FAMILY WILL PAY WHATEVER IT COSTS!” on one side and on the other side “If I die because you’ve sent me to the wrong hospital, I’ll return to haunt you for the rest of your life.”