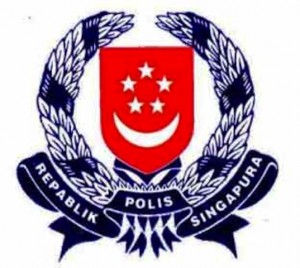 On the same day at about 2115hrs, I met a man who is a male Malay aged about late 20s, height about 1.75m with short curly hair who claimed to be the person who messaged me and wanted to buy the laptop. He then handed over to me a OCBC cheque with a written value of $3550/- from a company namely “S.CREATIONS PTE. LTD.”

I was uncomfortable with the cheque initially because I stated on my post that I would only accept cash on delivery so I asked the said man for his NRIC. However he told me that he did not bring his NRIC along with him. The man then got me to speak to his employer over the phone. This person identified himself as William and assured me that the company is legitimate; he even provided me with the company’s registration number –  20091345m.

My husband then went online and researched on the company on the spot and the man once again confirmed that the website www.s-creations.com.sg belongs to his company.

On 04/04/2012 at about 1340hrs, I went to the OCBC Bank at Tampines CPF building to bank in the said cheque. However I was informed that the account was already closed. No other information was disclosed to me by the bank.

I then tried to call the man who text me but no one picked up the phone. I have also tried to contact the company via the contact details listed on the website however to no avail.

This is the first time such an incident has happened to me and I wish to state that I am able to recognize the said man if I see him again.

NOTE: This report was filed by my daughter.

NOVEMBER 19 2012 UPDATE: We were informed today that the crook is now in jail.