Don’t Groan Right into My Home! 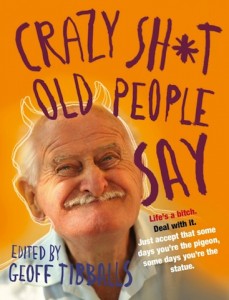 The Ministry of Health plans to build a 260-bed nursing home facing three blocks of flats in Bishan Street 13.

A group of Bishan residents are dead against it.

This episode comes just over a week after residents in Upper Bukit Timah banded together in a bid to block the development of taller condominiums in their neighborhood.

In another incident in February, residents of Toh Yi estate protested against the Housing Board’s plans to build studio apartments there for the elderly.

Retiree Seet Ker Lay, 70, said, “My house looks directly down at the field. Our children play football there. If there is no football field, they will play in the void deck and stain the walls.”

But full-time national serviceman Faraaz Amzar, 19, who plays football on the field, said he is willing to play elsewhere.

“As a young person, it seems strange to me that elderly people should object to building a nursing home that is meant to meet their needs,” he said.

Another resident, 41-year-old Bernard Lau, said, “the old folk will be groaning right into my home.”

He added “If their kids are going to skirt their responsibility and dump them there, then they can travel farther to visit them.”

Resident Cheong Weng Kit, 44, an IT manager who penned a petition against the Ministry’s move, asked their MP Wong Kan Seng if he would pay his electricity bills.

The petition spells out a $7.56 million electricity bill that would supposedly be incurred by affected residents over 70 years.

The residents argue that if the home is set up, airflow to their homes will be blocked and they will have to use the air-conditioner more often to dispel the heat.

A Bishan resident who wanted to be known as Hay-Ku, thinks that elderly folks in his estate will be a health threat to people like him who suffer from asthma.

He said: “I’ve seen old people with hair in their ears. Imagine if all these hair gets blown about? Hair from their ears will cause my asthma attacks to worsen!”

I’ve long come to the conclusion that people who have made up their minds about things will say anything to justify their action, never mind how ridiculous they may sound. (The road to hell is paved with good intentions.) Reminds me of the crazy shit some old people say in Geoff Tibballs’ book.

For having the gall to say the things they said, I’m sure people like Seet Ker Lay, Bernard Lau, Cheong Weng Kit, Hay-Ku – who are not exactly spring chickens – and their ilk will live forever. I’m sure they’ll always have filial children to take care of them for the rest of their lives, that they will never grow old, or wear adult diapers because their devoted kids will be fighting with each other to wipe their sorry asses; I’m sure these guys will never stain their sheets when they are senile, bedridden and drooling away while attempting to speak, incoherently of course.

A nursing home, I’m sure will be most useful then, I guess.

Didn’t I just say that these super humans will never grow old?